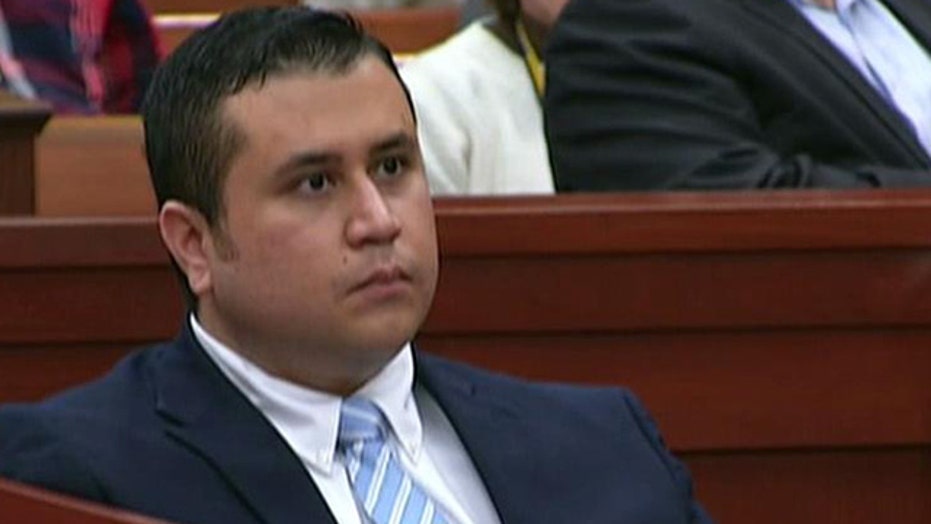 The judge in the murder trial of George Zimmerman said Saturday that prosecution audio experts who point to Trayvon Martin as screaming on a 911 calls moments before he was killed won't be allowed to testify at trial.

Judge Debra Nelson's written ruling was released Saturday. She had heard argument during a multiday hearing on whether to allow testimony from two prosecution experts. One expert ruled out Zimmerman as the screamer and another said it was Martin.  A defense expert argued there was not enough audio to determine who the screams are coming from. Zimmerman's attorneys also argued that the state experts' analysis is flawed.

The screams are crucial pieces of evidence because they could determine who the aggressor was in the confrontation. Martin's family contends it was the teen screaming, while Zimmerman's father has said it was his son.

Opening statements are set for Monday in the second-degree murder trial for the former neighborhood watch volunteer who says he fired on the unarmed black teenager in self-defense last year. Zimmerman is pleading not guilty.

Audio experts from both sides testified at different times since the admissibility hearing started last month. Voice experts were hired by lawyers and news organizations to analyze the calls, which were made during the confrontation between the two. The experts arrived at mixed conclusions.

In deciding whether to admit the voice-recognition technology used by prosecution audio expert Tom Owen, Nelson had to determine whether it is too novel or whether it has been accepted by the scientific community at-large.

"There is no evidence to establish that their scientific techniques have been tested and found reliable," the judge said in her ruling.

"The screams don't match at all," Owen testified during the hearing. "That's what tells me the screams aren't George Zimmerman."

Owen also testified that remarks Zimmerman made in a conversation with a police dispatcher aren't a racial slur. He testified Zimmerman said, "These f------ punks."

Expert Alan Reich testified in a report for prosecutors that the screams on the 911 tapes were from Martin and the defense does not want him to testify at trial.

Reich's analysis also picked up words that other experts couldn't find. They include the words, "This shall be" from Zimmerman and "I'm begging you" from Martin.

In contrast, a British audio expert testified for the defense that it would be extremely difficult to analyze voices by comparing screaming to a normal voice.

"I've never come across a case in my 13 years where anybody's tried to compare screaming to a normal voice," said audio expert Peter French.

A second audio expert for the defense, George Doddington, also criticized prosecution experts who said Friday that screams and pleas on a 911 recording likely belonged to Martin.

"It's all ridiculous," Doddington said.

Nelson issued a ruling Friday allowing prosecutors to argue in opening statements that Zimmerman profiled Martin based on factors such as age or clothing before he shot the unarmed black teenager, but they cannot say he was profiled based on race.

Defense attorneys had asked the judge to prohibit prosecutors from using a series of words in opening statements that they deemed inflammatory. Those words included "profiled," "vigilante," "wannabe cop," and that Zimmerman had confronted Martin. Zimmerman identifies as Hispanic.

The judge said all of those statements may be used, provided that race is not discussed if the issue of profiling is brought up.

Prosecutor John Guy had argued that there were a number of ways someone could be profiled other than race.

Defense attorney Mark O'Mara said he was concerned using the word "profiled" would "infect" the jury with a racial component that shouldn't be there.

"I want to be very, very cautious," O'Mara said.

Six female jurors were chosen Thursday for the second-degree murder trial of Zimmerman, a former neighborhood watch volunteer who says he fired on Martin in self-defense last year in a gated community in Sanford. Zimmerman is pleading not guilty.

Prosecutors have said Zimmerman, 29, profiled 17-year-old Martin as he walked back through the central Florida community from a convenience store on a rainy night in February 2012 wearing a dark hooded shirt.

Race and ethnicity have played a prominent role in the case and even clouded jury selection. While the court did not release the racial makeup of the jury, the panel appeared to reporters covering the selection process to be made up of five white women and a sixth who may be Hispanic.

On Feb. 26, 2012, Zimmerman spotted Martin, whom he did not recognize, walking in the gated townhome community in Sanford where Zimmerman lived and the fiancee of Martin's father also resided. There had been a rash of recent break-ins at the Retreat, and Zimmerman was wary of strangers walking through the complex.

The two eventually got into a struggle and Zimmerman shot Martin in the chest with his 9mm handgun. He was charged 44 days after the shooting, only after a special prosecutor was appointed to review the case and after protests.

Martin's shooting death and the initial decision not to charge Zimmerman led to public outrage and demonstrations around the nation, with civil rights leaders and others accusing Sanford police of failing to thoroughly investigate the shooting.

The six jurors were culled from a pool of 40 candidates who made it into a second round of jury questioning. Two men and two women also were picked as alternate jurors.