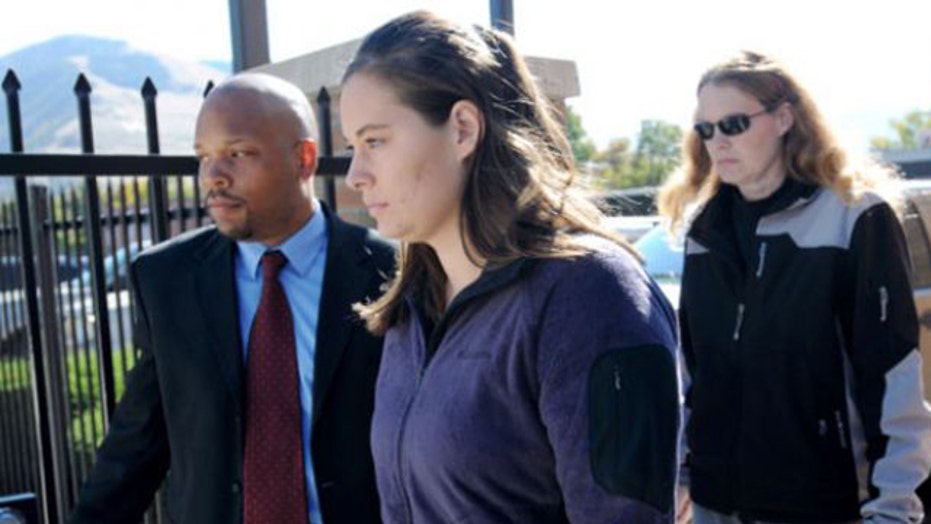 Dramatic testimony at trial of newlywed accused of murder

MISSOULA, Mont. – A federal judge accepted a guilty plea Thursday from a Montana newlywed after she reached a surprise plea agreement and said she pushed her husband from a cliff in Glacier National Park.

The development came before a jury was set to begin considering the case against 22-year-old Jordan Graham.

In exchange for the plea to second-degree murder, prosecutors agreed to drop a first-degree murder charge and a count of making a false statement to authorities.

Graham could face a maximum sentence of life in prison on March 27.

In accepting the plea, District Judge Donald Molloy told Graham to recount exactly what happened the night of July 7 when her husband Cody Johnson, 25, fell to his death in the park.

Graham said she told Johnson that she wasn't happy and wasn't feeling like she should after getting married. She said they argued and at one point he grabbed her by the arm. She said she brushed his hand away and pushed him, with one hand on his arm and one on his back.

"I wasn't thinking about where we were ...  I just pushed," she told the judge.

She said she then drove back to Kalispell without calling for help because she was so afraid she did not know what to do.

Earlier in the day, defense attorneys wrapped up their case without testimony from Graham.

Instead, they showed the jurors pictures and videos of Graham smiling as she had her hair done and tried on her borrowed wedding dress, then videos of the June 29 wedding and the couple's first dance.

Those images attempted to chip away at the prosecution's image of Graham as a cold, dispassionate woman who didn't want to marry Johnson, and their contention that eight days later she led him to a dangerous precipice in the Montana park and deliberately pushed him to his death.

Elizabeth Shea, a musician whom Graham commissioned to write a song for the couple's first wedding dance, described Graham as quiet and standoffish -- until she was asked about her wedding.

"She would light up. She would smile," Shea testified.

Jurors also heard from Graham's longtime employer Sarah Bigelow. Graham was a nanny for Bigelow's two children for five years. Bigelow, who loaned Graham her wedding dress, said it was difficult for Graham to interact with people she didn't know, but her two children loved Graham.

"She was always on time. She always took care of them very well. They love her," Bigelow said.

Both the prosecution and defense rested their cases Thursday after three and a-half days of testimony. The plea agreement was reached before closing arguments took place.

Johnson was reported missing on July 8. Graham initially said he left with friends the night before.