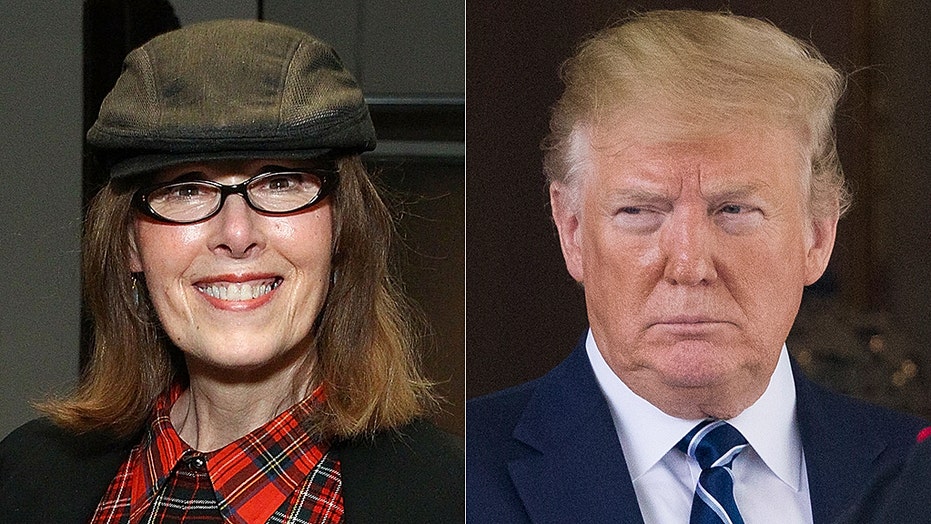 The defamation lawsuit against President Donald Trump could move forward while he is in the White House.

New York Civil Judge Verna Saunders heard arguments Wednesday on holding the case whether or not while Trump appeals former "Apprentice" contestant Summer Zervos’ case against him. Saunders would not rule from the bench and said she would later submit a written decision.

Columnist E. Jean Carroll, who accuses Trump of raping her in a Bergdorf Goodman store fitting room around 1995, is suing him for defamation, saying he smeared her and hindered her career after denying her rape allegation and accusing her of lying to bolster book sales. Trump has denied meeting her.

In Manhattan Supreme Court Wednesday, Trump's legal team argued that Carroll’s defamation lawsuit should be stayed, as the outcome of the Zervos case appeal with New York State’s highest court could have an impact on Carroll’s lawsuit. The president's attorneys also cited the U.S. Constitution barring state courts' jurisdiction over a president while he is in office, saying it is the same reasoning behind the Zervos case and why it went to the Court of Appeals.

Defense attorney Christine Montenegro said this case would not only impact President Trump but “impacts future presidents as well.” If the case is not stayed, “the president will suffer irreparable harm."

The plaintiff's side argued that POTUS cannot have it both ways. Just a few days ago, Trump filed a defamation lawsuit against the New York Times.

E. Jean Carroll, who accuses Trump of rape in a Bergdorf Goodman fitting room around 1995, is suing him for defamation.

The columnist previously requested a DNA sample from Trump to confirm it matches with material found on the dress she was wore during the alleged rape the '90s. However, Kaplan told the judge the plaintiff is now willing to wait for a DNA swab until the Court of Appeals rules on the Zervos case, but wanted to move forward with the remaining discovery.

She pointed out that the ruling could take up to 12 months and could occur after the presidential election in November. Kaplan said there are two witnesses who can corroborate Carroll’s rape allegations – friends in whom she confided -- and that Bergdorf Goodman documents were subpoenaed.

Carroll who attended the hearing, spoke to reporters outside, saying, "I'm filing this lawsuit not just for myself, but for every woman in America who's been grabbed, groped, harassed, sexually assaulted, and has spoken up and still has been disgraced, shamed or fired."