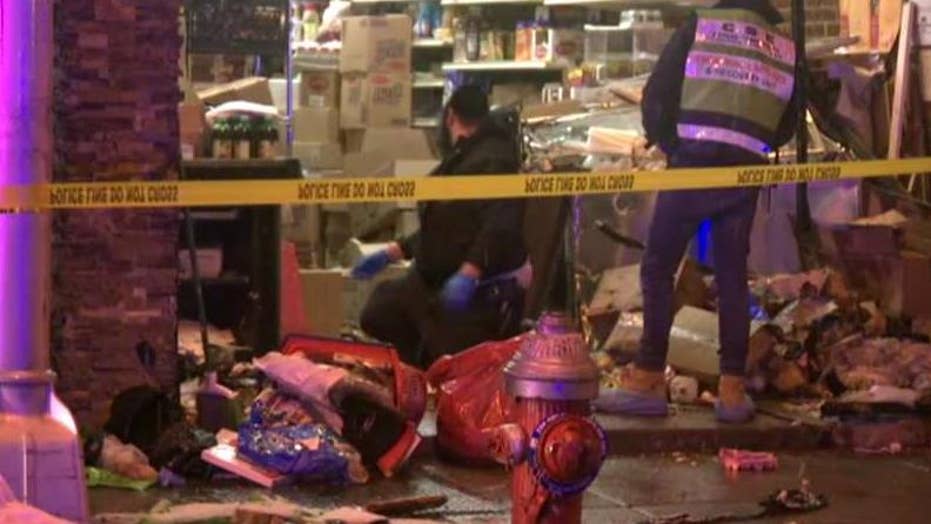 A Jersey City Board of Education member is facing calls to resign by Gov. Phil Murphy and the city’s mayor after writing a Facebook post describing Jews as “brutes” in the wake of last week’s mass shooting at a kosher supermarket.

Joan Terrell Paige’s post, which also questions whether shooters David Anderson and Francine Graham had a point to make in targeting Jews, came in response to another person’s comment about the Dec. 10 fatal attack at the JC Kosher Supermarket that left a police officer and three civilians dead. It appears to have been removed from Facebook, but was preserved in screenshots.

“Where was all this faith and hope when Black homeowners were threatened, intimidated, and harassed by I WANT TO BUY YOUR HOUSE brutes of the jewish community?” Terrell Paige wrote. “They brazenly came on the property of Ward F black homeowners and waved bags of money.”

Later on in the post, Terrell Paige says that “Mr. Anderson and Ms. Graham went directly to the kosher supermarket” and “I believe they knew they would come out in body bags.

She concludes the post by saying that “my people deserve respect and to live in peace in this city,” before adding “(I am speaking as a private citizen not as an elected member of the Jersey City Board of Education – these beliefs are mine and mine alone).”

Joan Terrell Paige, a school board member, is being urged to resign this week after writing a controversial Facebook post in the wake of last week's Jersey City mass shooting. (Jersey City Public Schools)

Terrell Paige’s comments were quickly met with criticism from top elected officials and fellow board members.

“I saw this and I’m saddened by the ignorance her comments demonstrate,” Jersey City Mayor Steven Fulop posted on Twitter. “Her comments don't represent Jersey City or the sentiment in the community at all.”

In a later post, Fulop said “my opinion is she should resign.”

JERSEY CITY SHOOTERS MAY HAVE WANTED TO TARGET 50 CHILDREN IN NEARBY RELIGIOUS SCHOOL, MAYOR SUGGESTS

“We will not let anti-Semitism and hate go unchallenged in our communities,” the Democrat said in a tweet. “In light of Ms. Terrell Paige’s comments, I urge her to immediately resign from the Jersey City Board of Education.”

Board of Education President Sudhan Thomas told the Associated Press in an emailed statement that Paige does not reflect the views of the board and doesn’t speak for it. She was elected to the board last year.

“There is no room for any kind of hate or bigotry in Jersey City,” Thomas said.

The casket of Jersey City Police Detective Joseph Seals is carried out of the church during his funeral in Jersey City, N.J., on Tuesday. The 40-year-old married father of five was killed in a confrontation a week ago with the Jersey City shooters who then drove to a kosher market and killed three people inside before dying in a lengthy gun battle with police. (AP)

Authorities have said the attack was motivated by anti-Semitic and anti-law enforcement attitudes. The shooters, named by authorities as Anderson, 47, and Graham, 50, had expressed interest in a black fringe group called the Black Hebrew Israelites.

In an email to The Associated Press on Tuesday, Democratic state Assemblywoman Angela McKnight, who represents Jersey City and lives in the area of the city where the attacks occurred, called the comments “clearly insensitive and inappropriate.”

“There is a time and place for everything,” McKnight said in the statement. “I understand that there may be tensions between certain communities over property, but this is not the time for such conversations. Last week, lives were lost in a brutal attack in our community. During this time of grieving and laying people to rest, I ask that we allow families the respect to mourn.”

Terrell Paige, as of Wednesday morning, has not addressed her comments publicly.