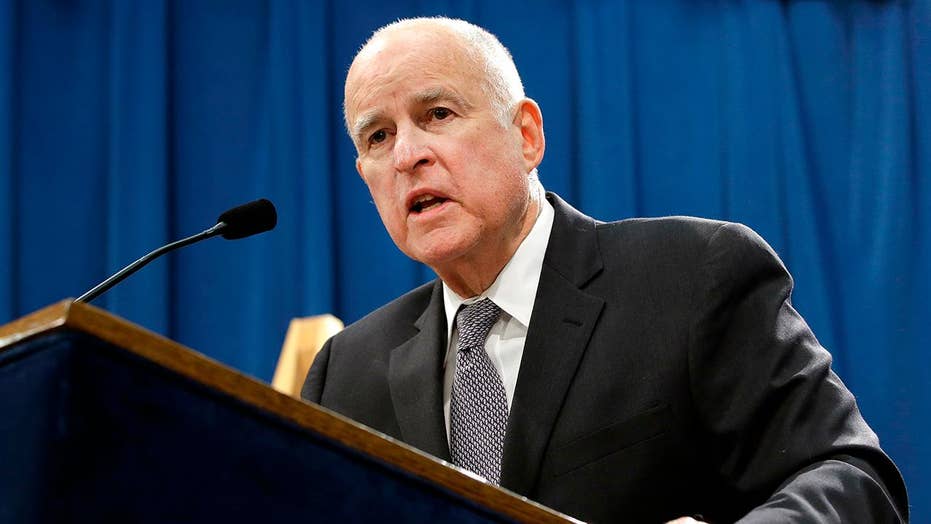 Brown agrees to send troops to the border, with caveats

Gov. California Governor Jerry Brown will deploy 400 National Guard troops at President Trump's request, but not all will head to the Mexican border and none will enforce federal immigration law.

The governor of California agreed Wednesday to beef up the state’s National Guard, saying roughly 400 members would be added statewide to an existing program to fight transnational crime. But Democrat Gov. Jerry Brown insisted that the state’s participation would not mean they would enforce federal immigration laws.

The move comes after President Trump last week said he wanted to send between 2,000 to 4,000 National Guard members to the U.S.-Mexico border. Trump signed a proclamation ordering the move as a means to combat what his administration described as an “unacceptable” flow of drugs, criminal activity and illegal immigration.

In a letter Brown sent to members of Trump’s administration, he said the federal money would help “the Guard to do what it does best,” including fighting transnational drug crime, firearm and drug smuggling and human trafficking. These are goals “for all Americans,” he said, regardless of political affiliation.

But he very clearly stated what the guard would not be focused on, including the construction of a new wall along the southern border and the enforcement of federal immigration laws.

TRUMP SAYS HE WANTS TO SEND 2,000 TO 4,000 NATIONAL GUARD MEMBERS TO US-MEXICO BORDER

The governor said the 400 would be in addition to 250 already involved in the program, including 55 members stationed at California's border. He did not specify how many additional guard members would be deployed there.

He added that the state was not experiencing a “massive wave of migrants pouring” in.