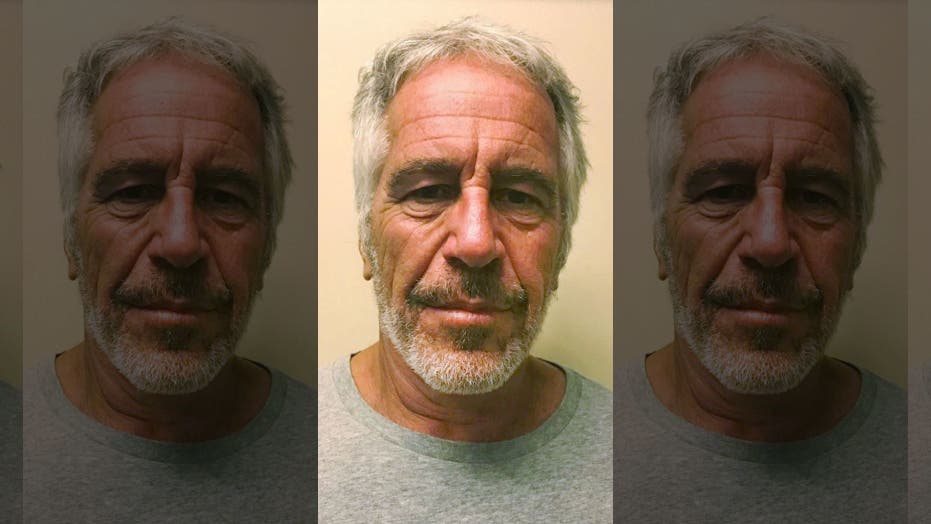 What motivated four women to allegedly assist disgraced multi-millionaire Jeffrey Epstein in his abuse of dozens of underage girls?

The answer may consist of three possible scenarios, according to a prominent New York City psychiatrist.

Dr. Alan Manevitz, a Manhattan-based psychiatrist, stresses that it is difficult to determine what their motivations may have been in allegedly assisting Epstein.

“It’s complicated to understand whether they did it voluntarily or were controlled, a la Patty Hearst,” Manevitz said.

There are different psychological pathways to explain inexplicable behavior, he said. One is the alleged accomplices might simply be sociopaths by nature. Another is more complex, according to Manevitz.

“For most of us, the fear of punishment prevents us from committing crimes, but how many of us would do it if we knew we could get away with it," he said. "Actually, not that many... however,  there are some who learn strategies to neutralize their moral compass and it is these people who may pose risks to society later in life.”

"For example, moral disengagement -- the process of convincing oneself that ethical standards do not apply in some contexts -- allows us to rationalize criminal acts or those that harm others," he adds.

A third pathway can be the psychology of Stockholm Syndrome, which occurs when hostages or victims develop a psychological bond with their captors. It refers to a 1973 bank robbery in Stockholm in which hostages were taken.

"This pathway is about people who suffer from Stockholm Syndrome and are acting under the control of the controller," said Manevitz. "In a hostage or domestic situation or a work situation, the same person can be a good controller or a bad controller. The person being controlled wants to stay out of 'trouble' and not have the bad part of the controller emerge. It psychologically forces you to try to see the world through the eyes of the distorted world of the good version of the controller to give you a sense of hope."

"You then try to attach yourself to that and detach yourself from the bad," he continued. "You wind up on your toes to see the world through their eyes because of this attachment. One almost becomes brainwashed in wanting to keep them happy."

All of these psychological understandings do not forgive heinous behavior and crimes, Manevitz stressed.

According to the new federal indictment unsealed Monday,  Epstein created, “a vast network of underage victims for him to sexually exploit” by conspiring with employees, associates, and others to run what was essentially a sex-trafficking enterprise between 2002 and 2005. It appeared that some of those associates included a group of four women who were granted immunity in a controversial plea deal made by then-prosecutor (and current Secretary of Labor) Alexander Acosta.

Nadia Marcinkova, Lesley Groff, and Sarah Kellen (L-R) were all given immunity as part of a plea deal for Jeffrey Epstein in 2008. (Getty/Linkedin)

The women who were granted immunity include:

“There can be a good captor or a bad captor and when a good one gives you a sense of hope, you try to attach yourself to that and detach yourself from the bad. You wind up on your toes to see the world through their eyes because of this attachment.”

Manevitz did not speculate as to what may have motivated these women to be complicit in Epstein’s sex trafficking ring but said that many people, if they feel trapped or forced to stay in line by a controlling figure in their lives, comply as a way to cope with a dire situation thrust upon them.

Not named in the plea deal but also alleged to have been complicit in helping to operate Epstein’s ring is former girlfriend and longtime confidant Ghislaine Maxwell, a New York City socialite.

In 2015, victim Virginia Roberts filed a legal complaint in the state of Florida in which she accused Maxwell of being Epstein’s madam, according to an article by The Guardian at the time. In the complaint, in which Roberts was originally listed as “Jane Doe #3”, it was alleged that Roberts was approached in 1999 by Maxwell when she was just 15 and was pursued to sleep with Epstein. Roberts also alleges in the suit that she was used as a “sex slave” for nearly three years.

In December of last year, the New York Post reported that a separate lawsuit was brought against Epstein in Manhattan in which the plaintiff, Sarah Ransome, claimed that both he and Maxwell coerced her into having sex while she was in her 20s.

As recently as last April, a New Jersey woman came forward in a sworn affidavit with accusations of her own against Epstein and Maxwell, according to the Miami Herald.

Maxwell, 57, is the daughter of Robert Maxwell, a disgraced publishing mogul who was accused of theft from his company’s pension funds to prevent bankruptcy. The former owner of the New York Daily News was found dead near the Canary Islands in the waters of the Atlantic Ocean just days after he was reported missing from his yacht, the Lady Ghislaine—named after his daughter.

Maxwell was born and raised in England and immigrated to America in 1991 after her father’s death, becoming a fixture in New York City’s social scene. Maxwell has been photographed over the years hobnobbing with Prince Andrew, the Clintons and Donald Trump.

The Oxford-educated Maxwell was the youngest of nine children of Robert Maxwell and his wife, Dr. Elisabeth “Betty” Maxwell (nee Meynard), a French-born researcher who authored two books on the Holocaust and was also a descendant of the Huguenot aristocracy.

During her time in college during the late 80s, Maxwell started The Kit Cat Club, a speaker and discussion club for women in her native England.

In 2012, Maxwell founded the TerraMar Project, a nonprofit group focused on protecting oceans and even gave a Ted talk on protecting the oceans.

According to a 2002 profile of Epstein in New York Magazine, she was described as someone with a “high-octane” social life that helped boost his profile among New York’s high society. Maxwell only dated Epstein for a brief period but they remained friends for years after.

“It’s a mysterious relationship that they have,” journalist David Patrick Columbia said in the New York Magazine interview. “In one way, they are soulmates, yet they are hardly companions anymore. It’s a nice conventional relationship, where they serve each other’s purposes.”

For further information regarding Stockholm Syndrome, or if you or anyone you know has been a victim of sexual violence and would like help, click here for resources.