Judge Andrew Napolitano breaks down what the future holds for the cases against the convicted sex offender after his death.

A woman who says accused sex trafficker Jeffrey Epstein "forcefully raped" her when she was 15 years old filed a lawsuit Wednesday morning against Manhattan socialite and alleged Epstein "madam" Ghislaine Maxwell — along with three other unidentified individuals — claiming the group conspired to make her assault possible.

Jennifer Araoz, now 32, alleges Maxwell and three other associates of Epstein, who died in a New York federal lockup Saturday morning from an apparent suicide, conspired to facilitate the rape, according to the lawsuit obtained by Fox News.

The suit's defendants include Epstein's estate, Maxwell and Jane Does 1, 2 and 3, a trio later described as a "recruiter," a "secretary" and a "maid."

The latest lawsuit, which many analysts say may only be the first of many civil cases involving Epstein's estate and former acquaintances, accuses the disgraced financier of "forcefully" raping Araoz at his Manhattan townhome in 2002. Araoz said in an NBC News interview last month that she told Epstein repeatedly to stop and that he "knew exactly what he was doing."

Araoz said she was a teenager when a woman approached her outside of her high school and told her about a kind, wealthy man — who Araoz said turned out to be Epstein.

She told NBC that the woman, who has not been identified, accompanied her the first few times she visited the home of the wealthy and charismatic Epstein, who would have been either 49 or 50 years old at the time of the alleged rape. But, eventually, she stopped joining the teen on her visits, and during one occasion in 2002, when only Epstein and Araoz were together, she says Epstein raped her.

In an op-ed published in The New York Times on Wednesday, Araoz wrote that, despite Epstein's death, her "quest for justice is just getting started."

"It took me years to tell the people close to me what had happened," she wrote. "I was so intimidated by his insistence that I never speak a word of my visits to anyone. And like many survivors, I struggled with anxiety and shame for what I had experienced. The power structure was stacked against me. His money, influence and connections to important people made me want to hide and stay silent. Those same powerful forces let him hide and evade justice."

Araoz said she wants to tell her story "to hold Epstein to account and also his recruiters, the workers on his payroll who knew what he was doing and the prominent people around him who helped conceal and perpetuate his sex-trafficking scheme. Their hideous actions victimized me and so many young girls like me."

Araoz's lawsuit is one of the first to be filed under the Child Victims Act, a new New York state law that took effect at midnight Wednesday. The law allows child abuse victims to file civil lawsuits against their alleged abusers within a one-year "look back window" regardless of when the abuse took place. Araoz credits the new law for providing a "counterweight" to feeling "crushed by the power imbalance between Epstein, with his enablers, and me.

Maxwell, the 57-year-old woman accused of procuring underage girls for Epstein — and sometimes allegedly joining in the abuse — has become the face of the Epstein scandal in the aftermath of the 66-year-old's reported suicide. 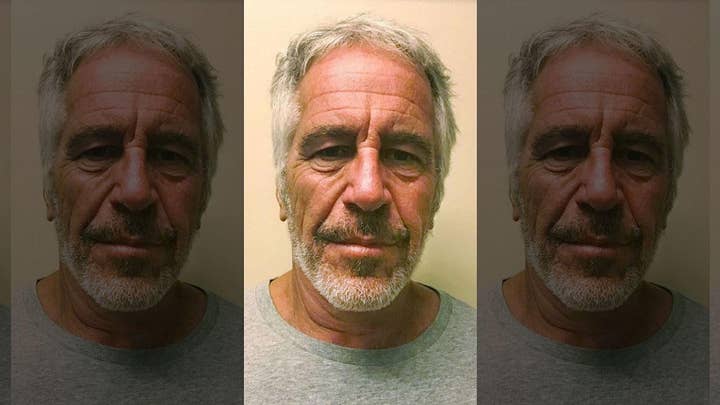 A dual citizen of England and France, Maxwell was born on Christmas Day in 1961 to British media mogul Robert Maxwell, owner of the tabloid the Daily Mirror. Robert died under mysterious circumstances in 1991 after falling from the yacht he named after Ghislaine, his youngest of nine children, and, after his death, evidence surfaced suggesting the elder Maxwell may have been using the paper’s employee pension fund to keep his empire afloat.

Ghislaine relocated to New York, living off a $100,000-a-year trust fund and trying her hand at real estate. According to a profile of her in Britain’s Sunday Times, Maxwell met Epstein shortly after the move to New York and, in him, found a man who “could replace the lifestyle she had” with her father. Epstein's wealth opened doors and, once inside, Maxwell possessed the power to cement crucial social connections.

From an initial romantic fling with Epstein, the relationship reportedly developed into more of a tight-knit, “best friend” companionship, and it was the publishing heiress who reportedly connected Epstein with two of his most high-profile friends — the Duke of York, Prince Andrew, and former President Bill Clinton.

Geoffrey Berman, the U.S. attorney for the Southern District of New York, has vowed to continue the investigation into Epstein, who, at the time of his death, was being held at the Metropolitan Correctional Center awaiting trial on allegations he operated an underage sex trafficking ring. And even though Epstein is now firmly outside the grip of the criminal justice system, his alleged “co-conspirators” have no such reprieve.

Maxwell's potential liability has already been illuminated on the civil side of the legal spectrum.

Several accusers have alleged Maxwell played a pivotal role in enlisting Epstein's alleged victims, according to court documents unsealed Friday, just hours before Epstein reportedly hanged himself with a bedsheet tied to his bunk in an 8-by-8 cell. Those who say they're victims of Epstein, and other eyewitnesses to the events surrounding his alleged crimes, have testified Maxwell's role was in arranging massages and sexual favors for Epstein and several of those in his circle of high-profile associates.

Maxwell and Epstein were accused of molesting two victims in 1996 but the claims — allegedly reported to the FBI — fell on deaf ears, according to an affidavit viewed by the Miami Herald.

Defense attorney Doug Richards told Fox News that, "From both a civil and criminal standpoint, Epstein’s death does her no favors. Victims are rightly unsatisfied with the way that this case was handled, and his death rekindles the demand for someone to be held accountable and for justice to be done, and she’s next in line.”