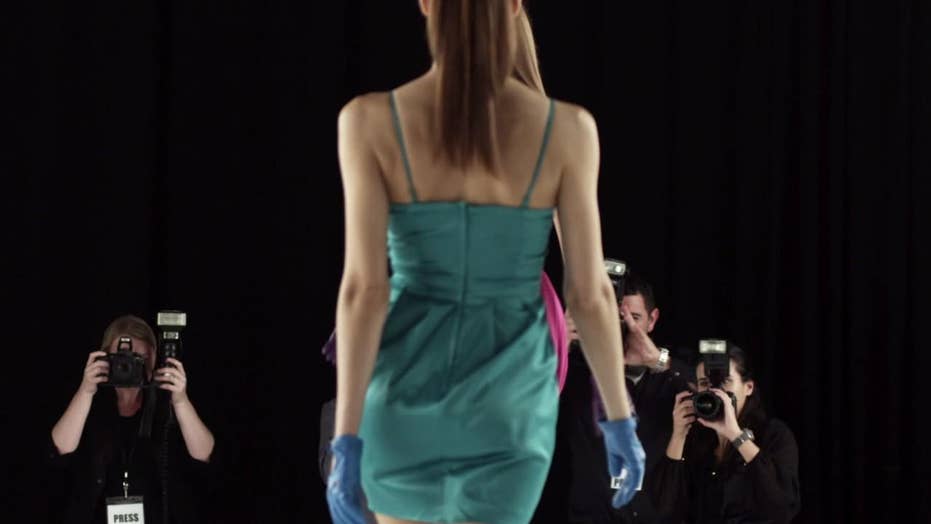 The whereabouts of French modeling agent Jean-Luc Brunel, who has been accused as a 'procurer' for Jeffrey Epstein to abuse young girls, is unknown amid a deepening investigation.

Criminal charges against Jeffrey Epstein are set to be tossed after the disgraced financier's shocking suicide behind bars earlier this month, but far from closing up shop, investigators worldwide are now switching the focus of the underage sex trafficking probe to hone in on Epstein's friends and enablers -- including a 72-year-old French modeling agent and scout.

Jean-Luc Brunel – whose whereabouts are unknown – has long denied his involvement with any wrongdoing stemming from his relationship with Epstein. But Brunel's denials have been met with some skepticism, as Epstein accusers have previously alleged Brunel's “scouting” entailed procuring underage models for Epstein to abuse.

“Jean-Luc-Brunel’s alleged predatory behavior has long been a cause for concern within the fashion industry, but the problem is not just one bad actor,” Sara Ziff, executive director of the advocacy group The Model Alliance, which has been pushing for fair treatment, equal opportunity, and sustainable practices in all facets of the fashion arena, told Fox News. “Issues of sexual abuse of models and sex trafficking under the guise of modeling work are well known in the fashion industry.”

While Brunel may be able to avoid the reach of U.S. law enforcement, the Paris prosecutor’s office is said to be cooperating with its American counterparts amid calls for a separate examination of Brunel’s questionable history in the fashion world. It is not yet clear if Brunel will come under formal investigation in his homeland.

“The United States only has jurisdiction over crimes that have a clear nexus to the United States. If charges are filed against Brunel, he may avoid extradition if the alleged crimes are not criminal where he resides,” California-based criminal defense attorney Troy Slaten said. “A good example of this is Roman Polanski who avoided extradition because France did not consider the conduct criminal.”

Epstein owned a luxurious apartment on Avenue Foch in Paris — as did Brunel. After a flight from Paris to New York, Epstein had just stepped off his private plane when the FBI apprehended him July 6 and charged him with operating a sex trafficking ring involving minors.

After curating a decades-long reputation as a playboy with a penchant for wheeling and dealing in the Parisian fashion world starting at the Karin Models agency in 1976, Brunel went on to work with model agency maven Eileen Ford in the 1980s. Although multiple young women in a 1988 CBS News “60 Minutes” segment accused Brunel of sexually assaulting young models – prompting Ford to sever ties – authorities took no further action.

Brunel went on to purchase the Karin Models agency from its original owner and set about building a global network of affiliate agencies and launching big names – he touted – from Sharon Stone to Monica Bellucci to Angie Everhart. He progressed to helping with the launch of global modeling powerhouse Next Model Management and stayed on as a partner until 1995 when he established Karin Models in New York and Miami.

A book released by Michael Gross that year entitled “Model: The Ugly Business of Beautiful Women” also shed light on alleged abuse by Brunel, with another agent characterizing him as “a danger” — but to no further avail.

At some point soon thereafter, the French model man got acquainted with the American money man.

In 2005, Brunel’s Karin Models agency was re-branded MC2 Model Management, billing itself as a “boutique agency” with an alleged $1 million investment from Epstein. Around that same time, the FBI opened an investigation into Epstein’s predatory behaviors.

According to 2011 court filings based on accusers’ testimonies, Brunel was one of Epstein’s “closest pals” and he left disturbing voice messages for the repudiated financier. In one voicemail he allegedly indicated that he had a “non-blonde Russian teacher,” adding that was “2 x 8 years old” and that Epstein could have her first. The wording subsequently raised the question, in the lawsuit, if the girl allegedly being procured was just 8 years old or 16 years old, or if there were two 8-year-olds.

Flight logs showed that Brunel traveled on Epstein’s private planes at least 25 times between 1998 and 2005. Visitor logs showed the model manager also visited his friend some 67 times while Epstein was serving a brief sentence in a Florida county jail as part of a controversial 2008 plea deal over charges of soliciting a minor.

In a deposition nine years ago, Epstein’s Palm Beach butler asserted that Brunel stayed at his home three times in the seven months Epstein was on house arrest.

Meanwhile, Brunel’s business continued blossoming. In 2012, MC2 boasted that Brunel would essentially be stepping away from the day-to-day dealings of running a company to focus instead on being a “consultant and scout” for the company.

His relationship with Epstein ruptured just a few years later.

In January 2015, Brunel and MC2 sued for damages that he claimed resulted from “notoriety and bad publicity generated by criminal charges that had been brought against Epstein involving allegations of unlawful sexual contact with a minor.” Brunel asserted that the “false stories” linking him to Epstein caused a “tremendous loss of business.”

In the now ominous “Black Book” of Epstein’s esteemed personal contacts, as published by Gawker soon after the lawsuit was filed, Brunel was labeled as the president of Karin Models, indicating the two knew each other for a significant swath of time — and conjuring up red flags as to how and why the model scout was so close to the convicted sex offender.

It was unclear if Brunel and Epstein maintained any contact following the 2015 lawsuit, which was thrown out after Epstein was said not to have been served correctly while on a private island in the U.S. Virgin Islands.

Brunel’s agency also came under fire in a 2016 class-action suit filed in Manhattan Supreme Court, in which nine models accused MC2 – along with other top firms – of exploiting their naivety and limited understanding of the largely unregulated industry. One Miami-based model, Marcelle Almonte, alleged that in 2005 MC2 offered her a spot in a “model apartment” for $1,850 — which turned out to be crammed with eight other girls, some relegated to sleeping on the floor.

As each of the aspiring hopefuls was said to be forking out the same rent bill, MC2 was accused of pocketing $16,650: a far cry from the $2,900 value of the other two-bedroom apartments in the same building.

MC2 has continued to operate as a mid-sized agency based in Manhattan, with offices in Miami and Tel Aviv.

Neither representatives for MC2 nor an attorney for Brunel responded to requests for comment.

With the renewed spotlight on Epstein, all links between his connections and big brands have proven problematic.

For one, famed lingerie giant Victoria’s Secret has been thrust into the not-so-angelic limelight since Epstein’s arrest last month. The CEO of the lingerie giant’s parent company, L Brands, claimed that he completely cut connections with Epstein some 12 years ago and that the money manager misappropriated his own funds at the time – but CEO and founder Les Wexner was said not to have reported the alleged theft to law enforcement.

Moreover, three of the models on the MC2 roster – Bloomberg noted – scored a coveted spot in the annual Victoria’s Secret runway show in 2015, and returned to audition in 2017 and 2018. L Brands in recent weeks hired an external law firm to look into the relationship between its founder and Epstein.

Earlier this month, more than one hundred prominent models and industry leaders endorsed an open letter to Victoria’s Secret CEO John Mehas, expressing their concern “for the safety and wellbeing of the models and young women who aspire to model for Victoria’s Secret,” underscoring the Wexner-Epstein “headlines” and urging the conglomerate to adopt the legally binding RESPECT Program – developed by Ziff’s Model Alliance – to protect against sexual harassment and abuse.

The letter was signed not only by former Victoria's Secret Angel Doutzen Kroes, but also by supermodels Christy Turlington and Milla Jovovich — both of whose careers Brunel consistently claimed he launched in large part.

Nordstrom, Neiman Marcus, Sears, Kohl’s, Target and Macy’s also were listed as clients of Brunel, having hired his agency’s talents to differing capacities in recent years.

Bloomberg reported that in 2014 a Nordstrom executive even issued “full and unqualified support” to Brunel in a support letter for his 0-1 visa application, a visa granted by the U.S. State Department to “individuals who possess extraordinary abilities or achievement recognition.”

As far as Ziff is concerned, the ongoing Epstein fallout should serve as something of a wakeup call.

“How many more victims do we have to have before the fashion industry is willing to provide basic safety and fair treatment on the job to the talent – mostly young women and girls – who help market their clothes? Change is entirely possible and within reach,” she added. “The fashion industry can and must do better.”