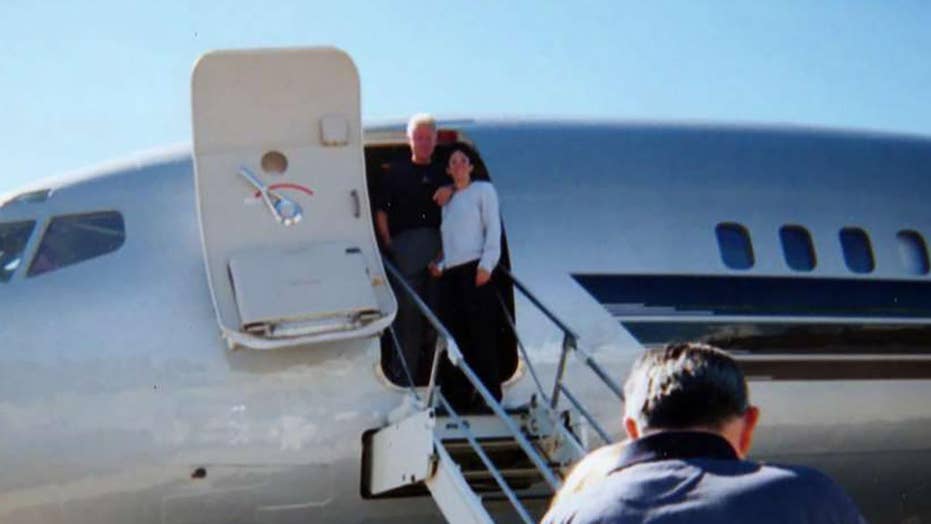 Nancy Grace reacts to the latest developments in the Jeffrey Epstein case on 'Watters' World.'

A federal judge in New York ruled that a large cache of never-before-seen files related to a long-settled defamation case involving the late disgraced financier Jeffrey Epstein's alleged madam Ghislaine Maxwell would not be released to the public because they are not subject to the presumption of public access.

The documents stem from a 2015 legal complaint launched by an alleged victim, Virginia Roberts Giuffre, against Maxwell, a New York City socialite and former girlfriend of Epstein who has been accused by several women of being complicit in helping to operate Epstein's sex trafficking ring.

In the complaint, in which Giuffre was originally listed as “Jane Doe #3”, Giuffre alleges that Maxwell approached her in 1999 when she was just 15 years old and convinced her to sleep with Epstein. Giuffre also alleges in the suit that she was used as a “sex slave” for nearly three years.

U.S. District Judge Loretta A. Preska determined in an 11-page ruling Monday that the documents do not fall under the legal definition of "judicial documents" and therefore are not subject to the presumption of access by the public because the trial court judge did not rule on them before the case was settled.

“In this case, the underlying litigation between Ms. Giuffre and Ms. Maxwell has long since settled,” Preska wrote.  “Accordingly, all disputes regarding the underlying merits of the action have been rendered moot by the settlement. There is thus no live controversy to which the judicial power can extend.”

“With respect to motions left undecided by [the trial judge], there was never, and now never can be, a judicial decision-making process that would trigger the public’s right to access the undecided motions and the documents relevant to them."

Preska previously made public more than 2,000 pages of documents from the lawsuit just one day before Epstein committed suicide in his jail cell at the Manhattan Correctional Facility back in August. The avalanche of documents revealed disturbing and graphic allegations against Epstein and his former associates, purporting that Giuffre was internationally trafficked by Maxwell and Epstein and recruited to have sex with prominent American politicians, business executives and world leaders.

Despite Monday's ruling, Preska insinuated that the ruling could be changed in the future and was made based on the facts available at this time.

“The Court is mindful of the fact that there is a great deal of public intrigue surrounding the unsealing of the documents at issue here. With that in mind, the Court emphasizes that this ruling is a narrow one,” she wrote. “Notwithstanding the fact that the undecided motions and the papers associated with them are not judicial documents, they may eventually be unsealed because they are in some way relevant to [the trial judge’s] actual decisions—which are numerous—that are certainly subject to the presumption of public access.”