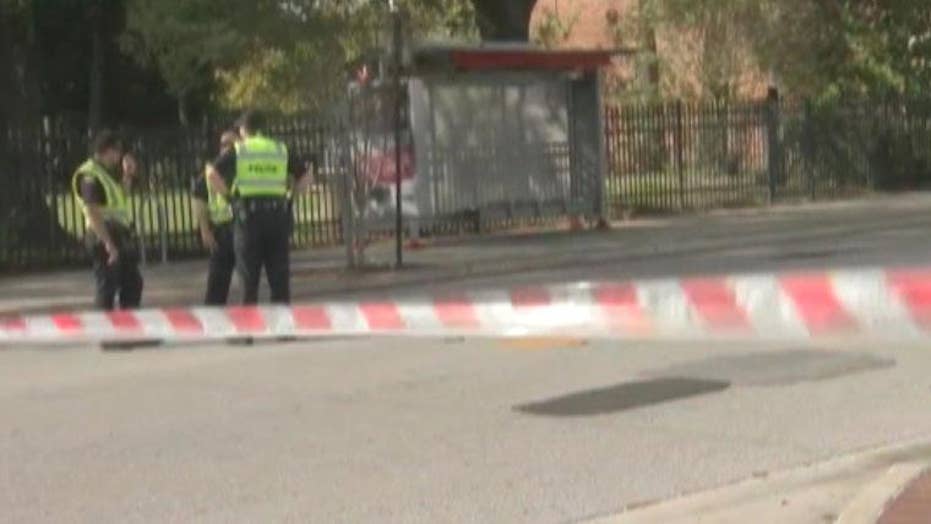 Six people were wounded, three critically, in a Florida shooting Sunday less than a mile from where the Jacksonville Jaguars were playing, investigators said.

The incident might have been gang-related, according to the Jacksonville Sheriff's Office. The wounded range in age from their 20s to their 70s.

The sheriff's office tweeted that someone in a silver or gray four-door sedan fired shots from the passenger seat of the vehicle, and hit the victims as they were standing on a sidewalk on A. Philip Randolph Boulevard — roughly half a mile away from TIAA Bank Field, where the Jaguars were playing the Houston Texans.

The sheriff's office said it was escorting fans who'd parked near the shooting scene to their vehicles.

Gov. Rick Scott tweeted that he spoke with the Jacksonville sheriff and "offered any state resources they may need."

"Our law enforcement officers are working hard to keep people safe," Scott wrote. "Please continue to listen to their announcements and updates."

Anyone with information on the shooting is urged to contact the Jacksonville Sheriff's Office.