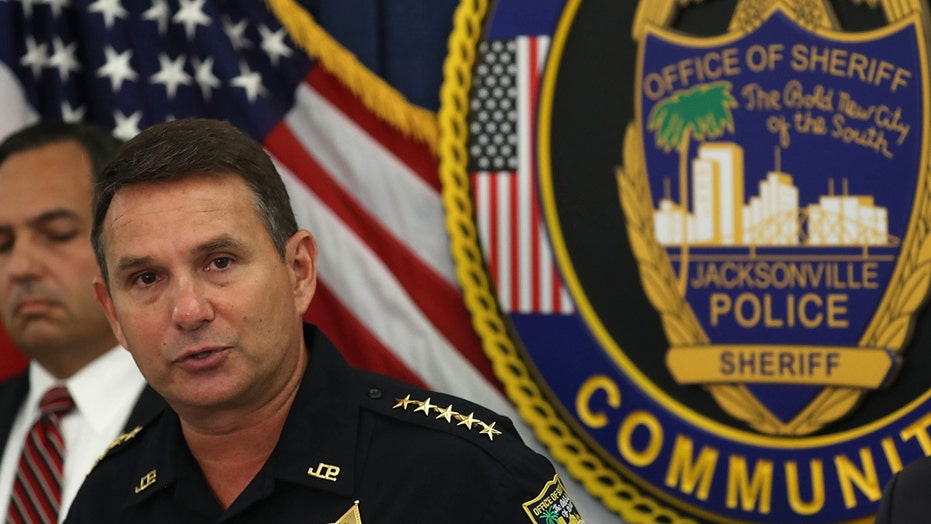 Jacksonville Sheriff Mike Williams is warning that his police department lacks the resources, funding and manpower to adequately provide security during the Republican National Convention scheduled to take place in the Florida city, especially amid the ongoing uptick in coronavirus cases statewide.

Nearly a month away from the pivotal event, where President Trump will formally accept his party's nomination for reelection, Williams said that "what has been proposed in my opinion is not achievable right now ... from a law enforcement standpoint, from a security standpoint,” according to Politico.

RONNA MCDANIEL: JACKSONVILLE RNC WILL PUT 'THE PERFECT BLEND OF SAFETY AND HEALTH TOGETHER

“As we're talking today, we are still not close to having some kind of plan that we can work with that makes me comfortable that we're going to keep that event and the community safe,” Williams told the outlet.

Over two months ago, the RNC pivoted from hosting thousands of people for the multiday event in North Carolina, after Democratic Gov. Roy Cooper sparred with Trump over the potential health risks such a large scale event could pose to the community.

The new location in Jacksonville was approved in June. Last week, the RNC announced a more pared-down version of events – including limits on the number of attendees and guests – despite earlier protestations by the president.

In a press conference on Monday, Williams then said, "Maybe there was an impression that you could just plug-and-play what Charlotte had to Jacksonville, and that's not the case. And so you had to make some changes to the event."

"Maybe if things had gone perfectly, we'd have gotten there. But they didn't," he added.

RNC spokesperson Mandi Merritt told Fox News: "Jacksonville has accommodated upwards of 70,000 people for football games and other events, and we are confident in state, local and federal officials to be able to ensure a safe event for our attendees.”

However, none of those large scale events in Florida have taken place against the backdrop of a worldwide pandemic, that has hit Florida particularly hard over the last few weeks.

Florida has been deemed the new epicenter of the coronavirus, with cases surging to record high numbers daily and 360,394 infected in the state. Another 5,072 have died from the virus to date, according to the Florida Health Department.

Health care workers work at a walk-up COVID-19 testing site during the coronavirus pandemic, Friday, July 17, 2020, in Miami Beach, Fla. People getting tested are separated from nurses via a glass pane.  (AP)

"With a growing list of challenges – be it finances, communication and timeline – I cannot say with confidence that this event and our community will not be at risk," Williams said in a statement Monday. "We knew some months back that this effort was going to be a huge lift…with a timetable that was aggressive to say the least, the communication required to make the critical steps come together just never seemed to gel. And still has not."

Williams has attempted to draft officers from across the state for the events scheduled from Aug. 24 to 27.

"Every effort has been made, countless hours spent, and all have been committed to the mission to keep our city safe. And at this point, we're simply past the point of no return to execute the event safely," Williams said at the presser.

The RNC said they "continue to work closely with local leadership in Jacksonville on planning for the convention, including on health and security measures."

"The Department of Justice is in the process of allocating millions of dollars in a safety grant," Merritt said.