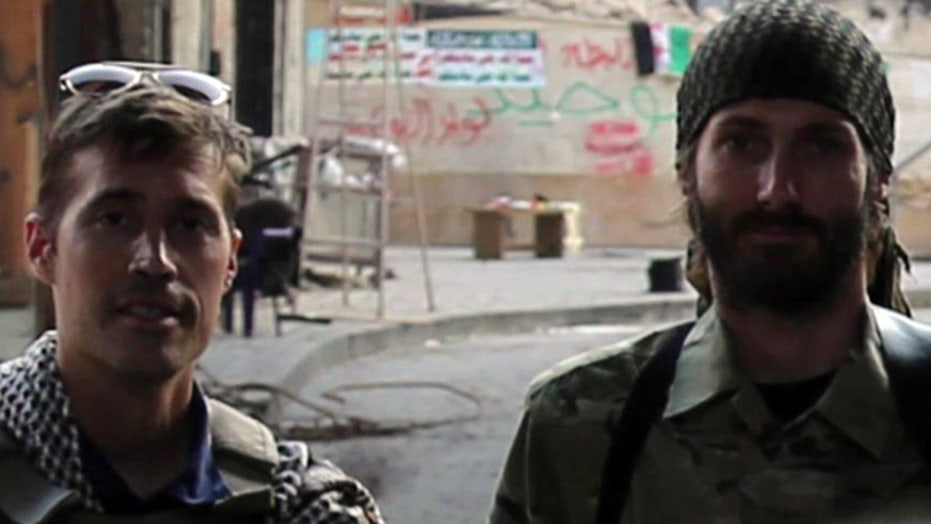 The Islamic State militants who beheaded James Foley sent an email to the journalist's parents days before releasing a video of his execution, blaming the pending murder the recent U.S. airstrikes in Iraq and its refusal to negotiate prisoner swaps.

"Today our swords are unsheathed towards you," the Aug. 12 email read. "You and your citizens will pay the price of your bombings! The first of which being the blood of the American citizen, James Foley!"

The email, titled, "HOW LONG WILL THE SHEEP FOLLOW THE BLIND SHEPPARD," was sent to the family but appeared directed at the U.S.

"We did not interfere in your country or attack your citizens while they were safe in their homes despite our capability to do so!" the email, read.

The 260-word email said the U.S. suffered a "disgraceful defeat in Iraq," and called the U.S. "cowardly" for employing airstrikes instead of the ground confrontation. The email's author uses explanation points throughout and capitalizes phrases like, "WE WILL NOT STOP UNTILL (sic) WE QUENCH OUR THIRST FOR YOUR BLOOD."

Foley's father, John, told NBC's "Today" Friday that he was "excited to see an email despite the conclusion."

"I did not realize how brutal they were, and I actually hoped we could engage in negotiations with them if they were willing to send any sort of communication because we had none prior," he said.

The Foleys said that Pope Francis called to offer comfort on their loss. Their son once said reciting the rosary once helped him while captive in Libya.

Foley's family agreed to release the email to the GlobalPost and, "in the interest of transparency and to fully tell Jim's story," the website decided published it.

Foley, 40, was freelancing for GlobalPost when he disappeared in Syria November 2012.

GlobalPost CEO Philip Balboni told reporters Wednesday that the kidnappers made no demands and ignored pleas for mercy. Foley was decapitated this week on video in a desert in the Middle East. Militants have threatened to kill at least three others they are holding hostage, The New York Times reported.

The GlobalPost pointed out inaccuracies in the last email. The captors wrote that Foley's family were given opportunities to negotiate. But the news site said the captors only contacted the family in one other email sent last November "asking for money, fast."

The family, at the time, asked for a proof of life, and the captors answered quickly with the correct response. The family wrote back: Spare our son's life, and did not get a response, The Wall Street Journal reported. Last week's email was the second time the family heard from the captors.

The GlobalPost said the militants demanded about $132 million and a prisoner swap. The U.S., however, considers these payments illegal funding of terrorist organizations.