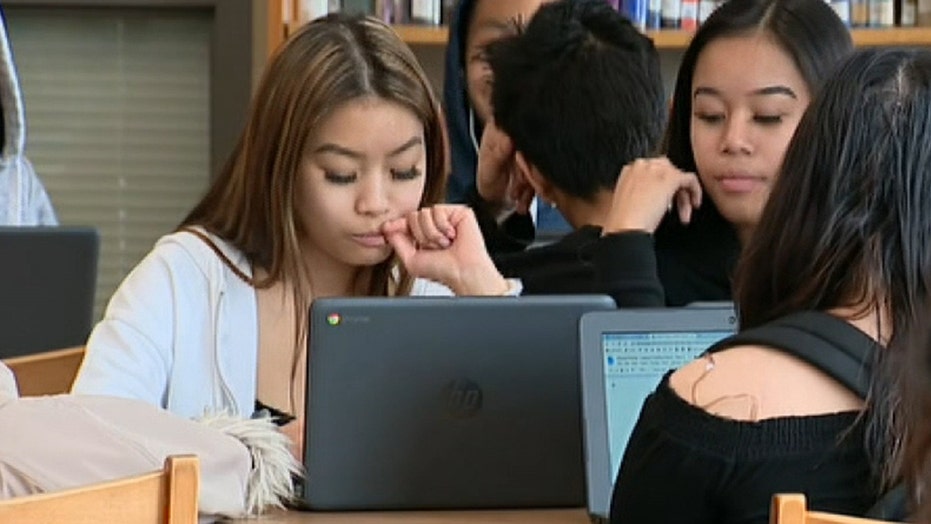 STORM LAKE, Iowa – There's a remarkable shift happening in one of the most unlikely places: the small, quiet, snow-covered city of Storm Lake in Northwest Iowa.

Like the majority of the Hawkeye State, Storm Lake was predominantly Caucasian 20 years ago -- but today, over 50 percent of its population of some 10,000 are immigrants, mostly Hispanic. And, while Storm Lake isn't Ellis Island, the opportunity for jobs -- especially in one of its two meatpacking plants -- has drawn people recently from as far as Micronesia.

Before the turn of the century, Mayor Mike Porsch recalled his high school graduating class at Storm Lake High School as close to 100 percent Caucasian.

Now, he's anticipating this year's graduating class will be somewhere near 75 percent non-Caucasian, and he's fully embracing the cultural balance of his town because he sees it as the key to survival and growth.

Storm Lake, Iowa, has seen major demographic shifts in recent years, with immigrants representing over half of the population. (Fox News)

"If you want to grow in a rural area, you're going to need immigration to support your businesses and the economics in your community," Porsch said.

He added that it's vital not just to employ immigrants, but also to incorporate and include immigration in communities to avoid the "us vs. them" mentality.

And consider this -- a decade ago, Storm Lake's unemployment hovered near 5 percent, and has since dropped just below 2 percent.

Silvino Morelos is the owner of Valentina's Meat Market across the street from City Hall. It resembles the fully stocked bodegas that many remembered from their home countries before coming to Storm Lake -- brimming with homemade foods such as tamales and hard-to-get products including Vietnamese rice paper.

THE ECONOMY UNDER PRESIDENT TRUMP, BY THE NUMBERS

Morelos moved here 26 years ago from Los Angeles and said he's hoping to retire here one day because he "loves this community" where he's felt safe.

His wife, who's helped him run the market, used to work down the street at one of the two plants for Tyson Foods -- the main employer here.

Perhaps the biggest indicator that diversity has been thriving in this community: the number of languages spoken -- 23 -- in this tiny school district of less than 3,000. The languages include Spanish, French, Chinese, Russian, Filipino, Arabic and range of others such as Burmese, Cebuano, Chuukese, Central Khmer and Mayan languages that can be hard to find a translator for in rural Iowa.

Storm Lake Schools Superintendent Stacey Cole said while there have been some anti-immigrant instances from outside groups or schools, the kids really have embraced each other -- with the most special moments often coming at lunchtime when they get to learn about each other’s cultures and traditions.

Storm Lake Schools Superintendent Stacey Cole, seen with a high school student, says the kids in her district have welcomed each other. (Fox News)

"We actually call ourselves America's School, and we call ourselves that because we believe this is the story of America happening inside these walls every single day," Cole said.

As for this year's election, Porsch said he isn't expecting a dramatic change overnight -- and this county went heavily in favor of Donald Trump four years ago.

But, Cole noted the addition of two Hispanic board members -- and says her husband, who became the police chief just this month, taught himself Spanish so he could read the morning radio traffic reports in two languages.