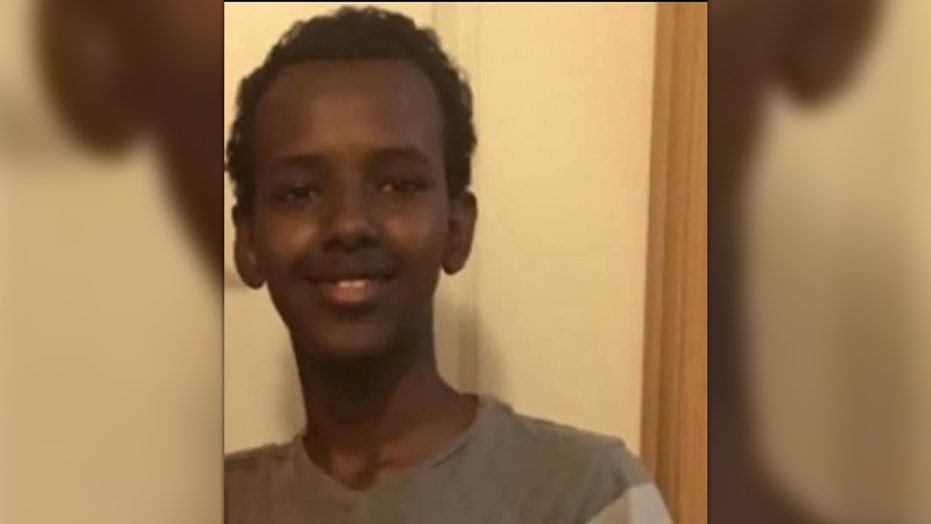 The body of an 18-year-old from Iowa who mysteriously disappeared after leaving a Target store in January was found by kayakers in the Des Moines River over the weekend, police said Monday.

Abdullahi "Abdi" Sharif was last seen on surveillance leaving the Target store in the Merle Hay Mall in Des Moines Jan. 17. Both he and his sister, Ifrah, worked at the store.

The circumstances around Sharif's disappearance – and now death – remain a mystery after efforts by the FBI and a private investigator hired by the family found few clues.

Kayakers Saturday afternoon in Prospect Park, about 4 miles from the Target store where Sharif was last seen, spotted “what they thought were feet and legs sticking up out of the water,” Des Moines Police Sgt. Paul Parizek said Monday.

Authorities who responded to the scene found a body submerged near the north bank of the Des Moines River around 3:30 p.m., KCCI reported. The Des Moines Fire Department's water rescue unit recovered the body, which was taken to the Polk County Coroner’s Office to be identified.

Police said there “was no traumatic injury,” but the cause of death remained under investigation, NBC News reported.

Sharif, who was a student at Roosevelt High School in Des Moines, was off from school the day of his disappearance due to inclement weather, his sister told news outlets at the time.

She said he told his mother that he was called in for a shift and asked her to drive him to work. The family later learned he was not on the schedule.

“It was not unusual for him to be there,” Ifrah Sharif told “Dateline.” “He loved working there and would sometimes just hang out. And the mall was in the same area, so he’d spend hours there.”

Around 5 p.m., Abdi Sharif posted on Snapchat using the geotag for the Target store mentioning some “bad, bad news,” his sister said. He later texted his mother asking her to pick him up from work at 9:30 p.m., but when she arrived, texts and calls to him went unanswered.

Security video showed Sharif holding his phone and wearing headphones as he left the store. It was unclear what time the footage captured his departure.

The family reported him missing the next day.

“The only thing we absolutely know is that he walked out of Target on his own and apparently voluntarily. That’s really the only thing we can absolutely say for certain,” Parizek told WHO-TV in January. “After that, from the time that phone powered off, we don’t know where he went. So this is a good way to ... eliminate possibilities of what may have happened or where he may be. This is just as good for us, helping find something out as also ruling something out.”