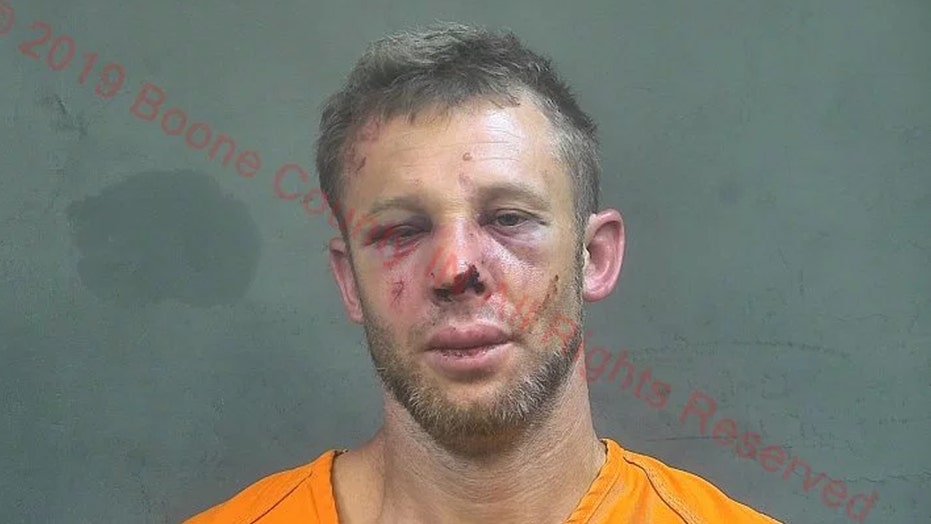 Indiana cops last week arrested a man they say broke into an apartment and tried to take a 6-year-old girl he claimed was his daughter — but she wasn't.

Benjamin Dillon, 37, entered the home in Lebanon, a city roughly 30 miles northwest of Indianapolis, on June 3 and allegedly said the girl inside was his daughter.

WISCONSIN DAD ACCUSED OF KILLING INFANT WHILE BEING HELD BY MOTHER: REPORT

"I was sound asleep in my bedroom and this guy came kicking in and said, 'You have my daughter,'” Patty Roth, the girl's grandmother, told WXIN. “I was nervous, very nervous. I was shaking so bad."

Benjamin Dillon, 37, was arrested last week after allegedly breaking into an apartment and trying to take a 6-year-old girl. (Boone County Sheriff's Office)

Roth and the child were sleeping in a back bedroom when the incident unfolded. She said police were called as her husband tried to get Dillon out of the apartment.

"I don't understand why he picked our apartment. I'll never figure that one out," Roth said.

The Lebanon Police Department did not immediately return Fox News' request for comment. According to online records from the Boone County Sheriff's Office, Dillion faces a slew of charges including counts of burglary, intimidation and resisting law enforcement.