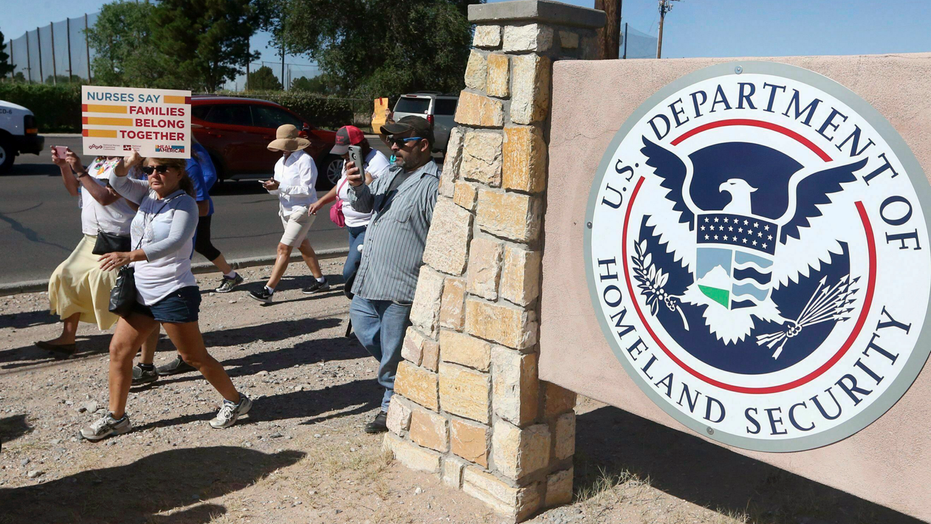 One of two Indian nationals who refused to eat for more than 70 days while being detained as he awaited an asylum claim to be processed was released Thursday after a year in immigration detention.

Ajay Kumar,33, and Gurjant Singh, 24, said they fled political persecution in India and spent a year in immigration detention after being apprehended at America's southern border. Both embarked on a hunger strike beginning July 8.

Kumar was released from a detention processing center in El Paso, Texas, on Thursday, accompanied by human rights advocates. Kumar’s lawyer said in August that her client had been force-fed.

Lawyers for the men said their clients agreed to start eating again after ICE agreed to their release. Singh’s lawyer said she expects him to be released Friday.

Kumar was denied asylum, but he will be living with a human rights advocate in New Mexico while his appeal is considered before the U.S. Board of Immigration Appeals. Singh is challenging an immigration judge who rejected his appeal, seeking a new hearing with a “fair and impartial judge,” according to the BBC.

The two men spent more than two months traveling before they turned themselves in to the Border Patrol south of El Paso.

The men refused to eat in protest over their detention, demanding to be freed while their cases were being decided. Immigration officials in the U.S. have the authority to decide whether to detain or release single adult asylum seekers while their cases are being heard.

A month after the two men began to refuse food, a court ordered that they be fed by force to keep them alive. "The nurse took out a long tube, and the doctor said, 'Eat or we will insert this in your nose.' I refused and they started inserting the tube again. … They repeated this three times until my nose was swollen," Kumar said in a court deposition.

Kumar said he came from a farming family in Haryana, a state in northern India, and was involved with opposition to the governing Hindu nationalist Bharatiya Janata Party. "He says his sister was the victim of an acid attack by political rivals, and his father was murdered [in India] when he was under detention in the U.S.," Linda Corchado, Kumar’s attorney, told the BBC.

Hunger strikes have become increasingly common at the border, according to immigration lawyers in El Paso. This year, 13 Indian men held at the border have been force-fed after refusing food, raising questions over the medical ethics of the practice.