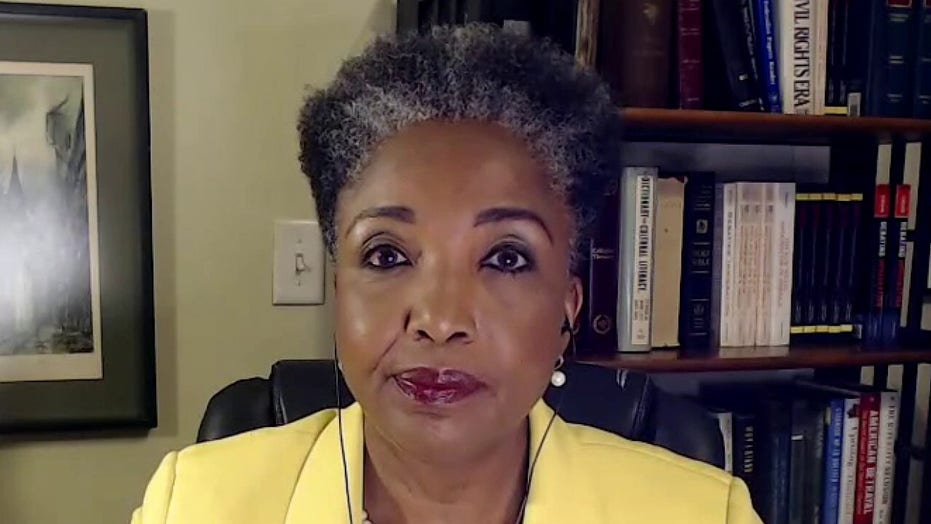 Former professor Dr. Carol Swain responds to the argument of indoctrination versus education in America's schools

Two Chicago-based professors were caught gushing about teaching social justice in the classroom during a school board meeting held via Zoom in February.

"I mean, it's all social justice. All day, every day I get to talk about all the things I love," Harris told Martire during the recorded meeting after he inquired about her new position at the university -- an adjunct professor of "Educator Preparation, specializing in racial equity and middle school teaching," according to her LinkedIn profile.

"I mean, really, I'm living the life over here," she added.

Martire said he "always flip[s] out at kids" who take his "master's class on fiscal policy and public budgets."

"The first three or four classes are devoted to philosophy of social justice and how you organize society," he explained to Harris. "We don't talk about one, you know, budgetary item. They're like, 'Oh, man. Professor Martire, this is a really weird way to teach a budget.'"

"Now it's part of everything, right?" Harris said of social justice.

Martire responded: "If you don't understand your values, you can't allocate resources among public priorities that are scarce, but all needed. Right?"

Another person on the Zoom meeting then informs the two professors and school board members that they are "on the mic" in an auditorium, to which Harris responds: "We're okay with that."

TWITTER EXPLODES OVER HUNTER BIDEN'S TEACHING GIG AT TULANE: 'HE SHOULD BE IN JAIL, NOT TEACHING THE FUTURE'

Roosevelt University Vice President of Marketing Nicole Barron told Fox News in a statement that the school has supported "social justice and inclusion" since its founding.

Barron added that the university stands by its "faculty members and their commitment to equity and social consciousness in the classroom."

Harris is a "culture and climate coach" at Oak Grove Elementary, and Martire is the executive director of a "bipartisan" economic think-tank called the Center for Tax and Budget Accountability, which is funded by Illinois public union employees, as the West Cook News first reported.

Neither Harris nor Martire returned Fox News' requests for comment.

Lennie Jarratt, project manager at the Center for Transforming Education at The Heartland Institute, told the West Cook News there may be conflicts of interest in involving union-funded employees in school-board decisions.

"The practice of electing not only teacher union members but retired superintendents and family members to school boards is becoming a common practice in Illinois," Jarratt told the outlet. "And it presents a very high conflict of interest in board decisions and negotiations. Not only does it encourage above-normal pay increases and benefits. It allows corruption and nepotism to flourish."