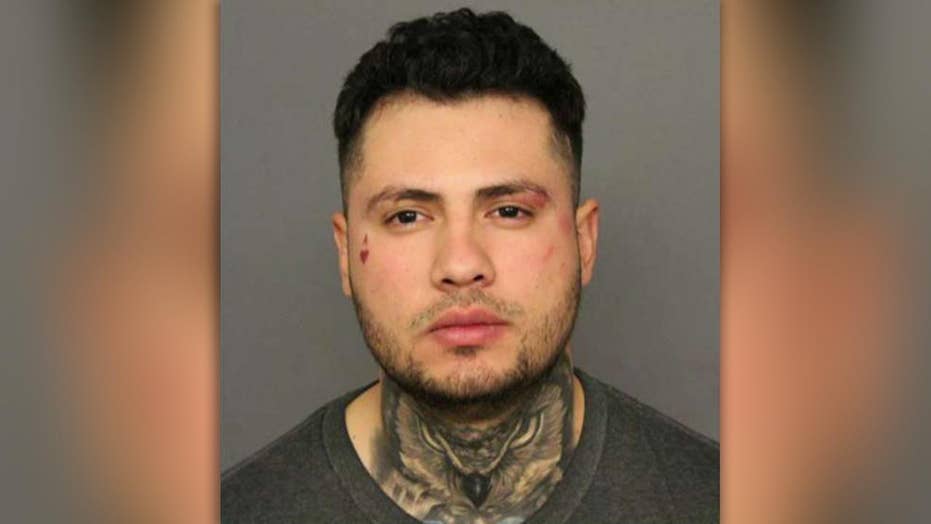 Suspect charged in fatal Colorado crash is out on bond.

An illegal immigrant in Denver turned himself in to U.S. Immigration and Customs Enforcement (ICE) on Friday following a deadly car crash on I-70 earlier this month, a local report said.

Ivan Zamarripa-Castaneda, 26, who was charged with vehicular homicide and one count of leaving the scene of an accident resulting in death in the March 3 crash, is currently in the custody of ICE, according to FOX 31.

John Anderson, 57, a semi-truck driver, was killed in the accident that temporarily shut down the interstate.

Zamarripa-Castaneda allegedly fled the scene and was driving drunk. He was arrested the following day.

The agency will reportedly allow him to remain in Denver for his trial before choosing whether to deport him. Zamarripa-Castaneda was allegedly in the U.S. on a temporary visa that had expired three years ago.

ICE reportedly requested a notification if the suspect would be released. But after Zamarripa-Castaneda posted the $25,000 bond, he was allegedly let go, prompting the Denver sheriff to call for an internal probe of the department.

"This is unacceptable and the sheriff has ordered an immediate internal review to determine why established notification processes did not take place before Zamarripa-Castaneda was released," the sheriff's department said in a statement.

The Denver Sheriff Department, which operates the jail, told Fox News last week that unless ICE gets a federal criminal warrant that Zamarripa-Castaneda could leave detention after posting bond.

"The Denver Sheriff Department will not honor civil detainers as it is considered unconstitutional," the agency said in a statement.

ICE officials told Fox News last week they detain up to 40,000 people per day, and don't have the resources to go after every federal warrant.