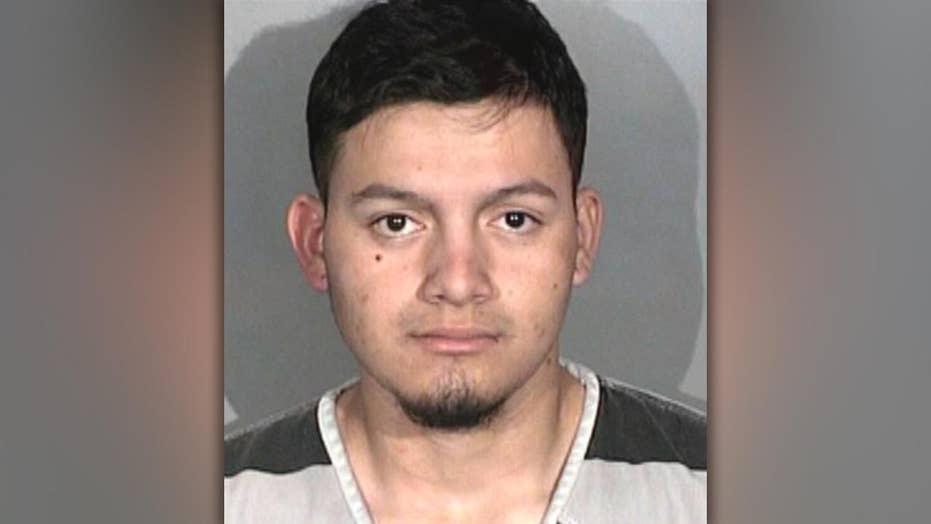 An illegal immigrant remained in custody Monday after being linked to four fatal shooting this month that spread fear through two northern Nevada neighborhoods unaccustomed to such violence.

Authorities investigating the killings in Washoe and Douglas counties nabbed Wilbur Ernesto Martinez-Guzman, 19, on an immigration hold Saturday, after receiving a tip. Murder charges are expected to be filed against him.

“There was a great deal of concern and fear in the community so we just felt it was important for the public to know that we had a person in custody,” Washoe County Sheriff’s Office spokesman Bob Harmon told Fox News Monday.

Martinez-Guzman was taken into custody in Carson City, where he had been living for a year. Officials said he had no prior arrests in Carson City.

The FBI joined the investigation after investigators connected the four killings through ballistic evidence.

Joe Bissell, a relative of the Davids, expressed relief at a news conference on Sunday that Martinez-Guzman had been caught as he thanked investigators.

"We and the community can rest more secure because of their focusted diligence in this case," he said. He also expressed his "sincere sympathies" to the families of the other victims.

"We will continue to keep our eyes on God, trusting in him, as we walk through the aftermath of this tragedy," Bissell said.

Residents who lived near the Davids told the Reno Gazette-Journal they too were relieved after hearing news of the arrest.

Abbi Whitaker, a neighbor, told the paper she and her family left their home to stay in a hotel and then a relative’s house for a few nights after the Davids were killed.

“We didn’t even have a key for our front door,” she said. “That’s just how the Whitakers are. We would leave our front door open, our garage open.”

Whitaker said when she returned home she went to a shooting range to learn how to shoot a gun.

“A shotgun sat by our bed, loaded,” she said. “We slept with all of the lights on.”

Authorities had said previously that items had been taken from the homes where the victims were murdered.

Washoe County Sheriff Darin Balaam was asked at the news conference if Martinez-Guzman knew the victims through his occupation but he declined to say.

Martinez-Guzman’s job was not disclosed.