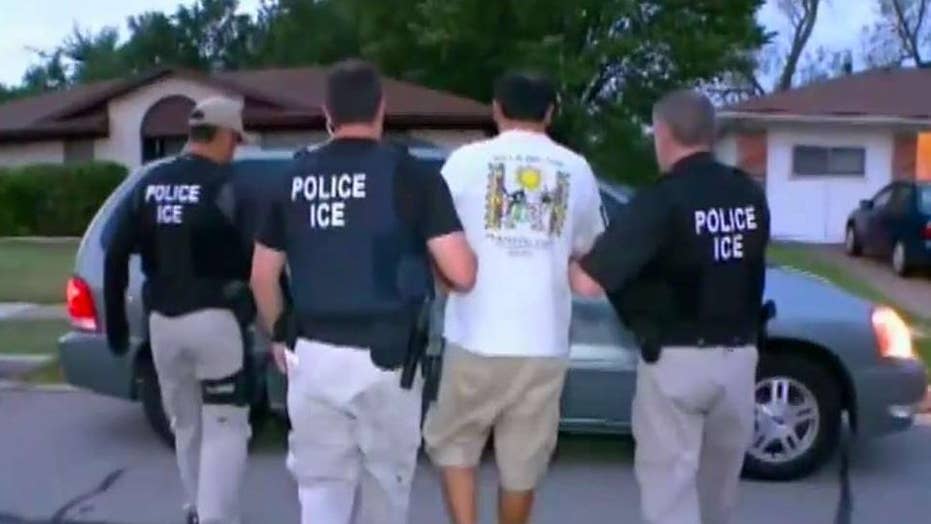 City officials banning ICE from deporting illegal immigrants through King County airport could be obstruction of justice; Dan Springer has the details from Seattle.

The battle between sanctuary jurisdictions and the Trump Administration has soared to new heights with a flap over a small regional airport in Washington state.

The King County Airport in Seattle had been used by Immigration and Customs Enforcement to deport 34,000 illegal immigrants over the last decade. But after a politically motivated study done by the University of Washington’s Center for Human Rights, which concluded in its report, “the time has come for this work to be done,” County Executive Dow Constantine issued an order pressuring companies that fuel planes, to stop servicing ICE flights or lose their contracts with the county.

The Federation for American Immigration Reform calls it all-out war against border enforcement.

“This is taking it to a new level,” said FAIR’s spokesman Ira Mehlman. “Sanctuary policies say that the local jurisdiction won’t cooperate with ICE. Here (Constantine) is taking it a step further and blacklisting companies that do business with ICE. This crosses the line probably into obstruction of Justice.”

ICE operates the Northwest Detention Center in Tacoma, where illegal immigrants are detained while their cases wind their way through the immigration court system. When deporting through the King County Airport, handcuffed detainees were taken on a short, 40-minute bus ride before boarding a charter flight. Now, ICE is driving detainees three hours to the Yakima Airport.

ICE spokesperson Tanya Roman issued a press release detailing some of the illegal immigrants deported with charter flights from the King County Airport. The list includes a Mexican citizen wanted for human trafficking, a Honduran man accused of rape and murder and a Guatemalan man charged with torture and murder.

“The local bureaucrats have decided that they can unilaterally just decide what our nation’s laws are, and what we’re going to comply with and what we are not,” said Dori Monson, a host on KIRO Radio.

The letter states the 1978 Airline Deregulation Act “specifically bars local governments from prohibiting or restricting particular types of air transportation.” Also, the King County Airport has received $21 million in federal grants since 2012. One condition of the grant money is allowing the federal government usage of the airport.