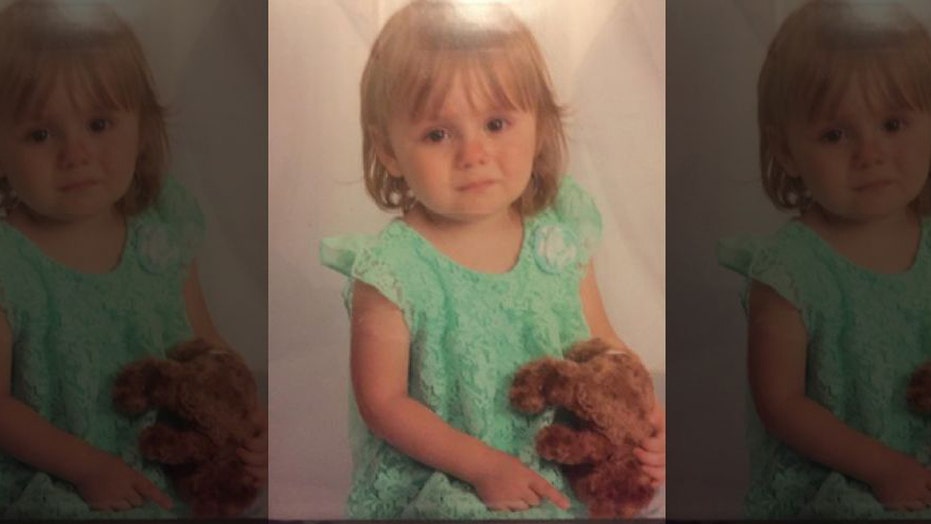 A 2-year-old Ohio girl who disappeared from her great-grandparents' house Friday night was found alive in a nearby field Sunday evening.

Fox 8 reported that Rainn Peterson was located approximately one mile south of the home where she had last been seen. She was taken to a local hospital and reported to be in stable condition.

Trumbull County Sheriff Tom Altiere told the station that the little girl was found by a volunteer searcher who was riding through the field on a four-wheeler. Authorities said Rainn was wearing the purple shirt and gray pants she was reported to be wearing when she disappeared.

"She appears okay and we are so thankful," Altiere told the station.

The volunteer who found the baby told a 911 dispatcher he came across the missing child sleeping in some tall grass.

"I found baby Rainn and she's alive!" were the unidentified man's first words to the dispatcher.

At one point during the call, the baby can be heard crying in the background.

"Is that her I hear?" the dispatcher asks. "I hear her. Oh, I just got goosebumps."

Authorities said they would investigate how Rainn managed to get out of her great-grandparents' house. She was reported missing at approximately 6:30 p.m. local time Friday. By Sunday, the search area had expanded to all of Ohio and parts of Pennsylvania, while Rainn's name was added to the National Center for Missing and Exploited Children's missing children's list.

Authorities had concentrated their search around the home in rural northeastern Ohio, going through wooded areas, backyards and drainage pipes.

Rainn's mother told the Associated Press that Rainn and two siblings had been staying with the great-grandparents because she was moving into an apartment. She says Rainn is "just an innocent little girl."

The area is near the community of North Bloomfield in northeastern Ohio, just north of Warren and Youngstown near the Pennsylvania state line.