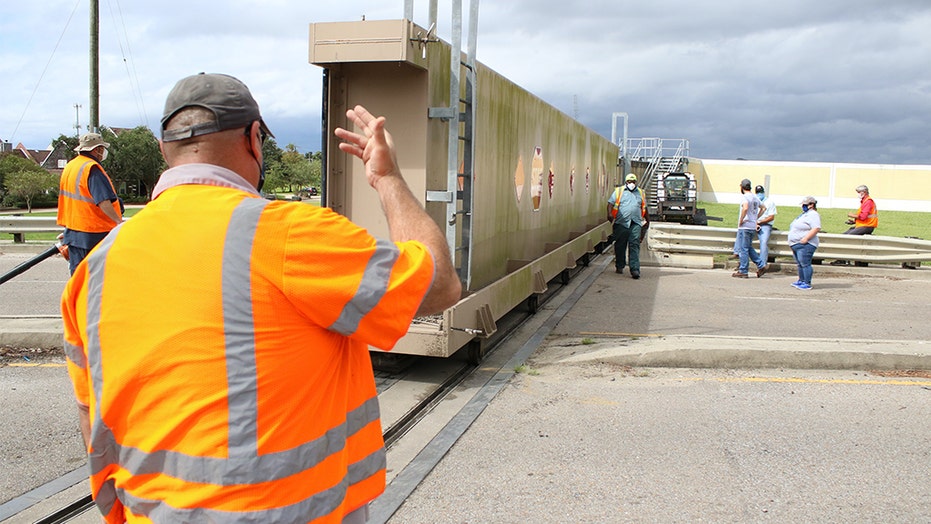 As Hurricane Sally approaches, flood gates in the New Orleans area are being closed.

“We are in the process of closing several lakefront gates at West End,” tweeted the Flood Protection Authority East on Monday. “Please be careful if you are leaving from the area to drive slowly and be mindful of field crews. Thank you and be safe!”

Other flood gates were also closed, according to officials.

At 2 p.m. EDT Monday, Hurricane Sally was about 125 miles east-southeast of the mouth of the Mississippi River and about 160 miles southeast of Biloxi, Miss., with maximum sustained winds of 90 mph.

Forecasters said the biggest threat is flooding, with as much as two feet of rain falling in some areas.

The flood gates were closed ahead of Hurricane Sally. (Flood Protection Authority East)

A storm surge warning is in effect from Port Fourchon, La., to the Alabama/Florida border, including Lake Pontchartrain, Lake Maurepas Lake Borgne and Mobile Bay. A Hurricane Warning is in effect for Morgan City Louisiana to the Alabama/Florida border, encompassing Lake Pontchartrain and Lake Maurepas, as well as metropolitan New Orleans.

Workers at one of the flood gates in the New Orleans area.(Flood Protection Authority East)

A Tropical Storm Warning is also in effect from the Alabama/Florida border to Indian Pass, Fla., and from Intracoastal City, La., to west of Morgan City, according to the National Hurricane Center.