The storm tore apart buildings, hurled boats and debris around, and dumped as much as 30 inches of rain in southern Alabama and the Florida Panhandle before downgrading to a tropical storm Wednesday. It continued to weaken to a post-tropical depression Thursday as it moved northeast.

Even in its weakened state, the storm dropped heavy rain in the Carolinas Thursday afternoon, and tornadoes were possible in the region, according to the National Hurricane Center. 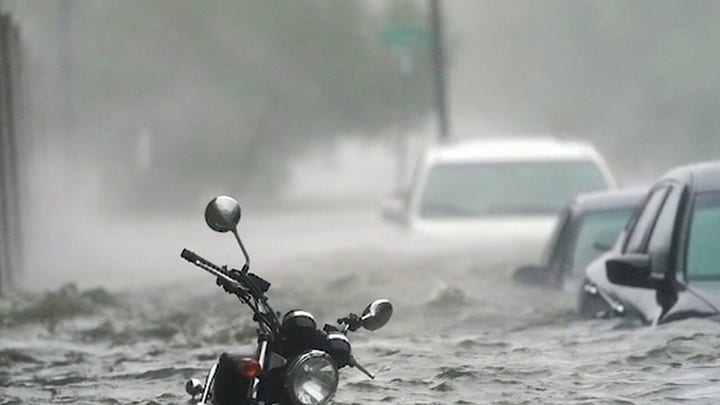 Alabama Gov. Kay Ivey put out a call on Twitter for more volunteers to aid the Red Cross’ recovery efforts as the nonprofit set up shelters for people displaced by the storm.

Flash flood watches remained in effect from northeast Georgia across upstate South Carolina, most of North Carolina and southeastern Virginia.

Maximum sustained wind was around 15 mph Thursday evening, but heavy rain was expected to continue into the Carolinas and southeast Virginia. The storm was moving northeast from about 115 miles west of Florence, S.C., at 24 mph.

More than 400,000 people in Alabama, Florida and Georgia were still without power Thursday evening, according to the blackout-tracking websites PowerOutage.us.

As Sally faded away, however, Hurricane Teddy strengthened into a major Category 4 hurricane in the Atlantic Ocean on track for Bermuda, closing in from about 1,070 miles to the southeast.