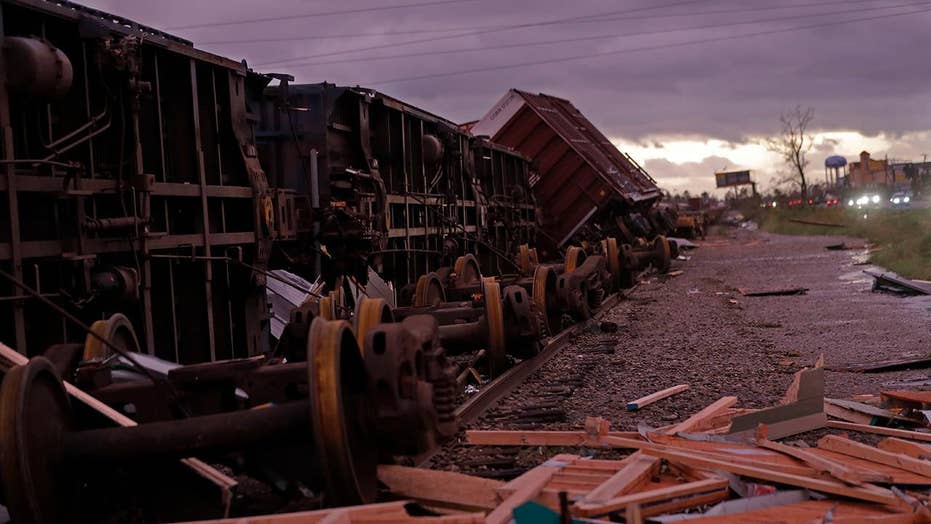 One of the most powerful storms to ever hit the continental U.S., Hurricane Michael left a vast trail of destruction across the Florida Panhandle; senior correspondent Rick Leventhal reports.

Michael, which was downgraded to a tropical storm early Thursday, is now the 13th named storm of the 2018 hurricane season. Here's what you need to know as it continues to churn through the U.S.

Where is the storm now?

The storm was located about 30 miles west of Augusta, Ga., and 90 miles northeast of Macon at 5 a.m. Thursday, the National Hurricane Center said.

The storm is moving northeast at 21 mph and has maximum sustained winds of 50 mph.

"On the forecast track, the core of Michael will move across central and eastern Georgia this morning, and then over southern and central South Carolina later today," the NHC said. "Michael will then move northeastward across the southeastern United States through late Thursday, and then move off the Mid-Atlantic coast by early Friday."

A state of emergency was declared in Alabama Monday.

Florida Gov. Rick Scott issued an order for a state of emergency for 35 counties to rush preparations in the Panhandle and the Big Bend area, freeing up resources and activating 500 members of the Florida National Guard ahead of Tropical Storm Michael. By Wednesday morning, Scott encouraged residents to "seek refuge immediately" as it was too late to evacuate.

"This storm will be life-threatening and extremely dangerous," Scott said Sunday after receiving a briefing at the State Emergency Operations Center. He warned that storm surge could affect areas of Florida not in the storm's direct path.

The Florida Panhandle and Big Bend into southwestern and central Georgia and southeastern Alabama are planning on seeing at least 4 to 8 inches of rain, with up to a foot of in some parts.

"Alabama is once again in the path of a hurricane, but I know Alabamians will once again come together and be prepared for whatever Michael may bring,” Ivey stated, adding residents should start seeking shelter by Tuesday night.

This storm is expected to bring heavy rains to parts of the Carolinas still recovering from Hurricane Florence last month.

Check out this interactive map from the NHC to see flooding potential in your area due to the storm.