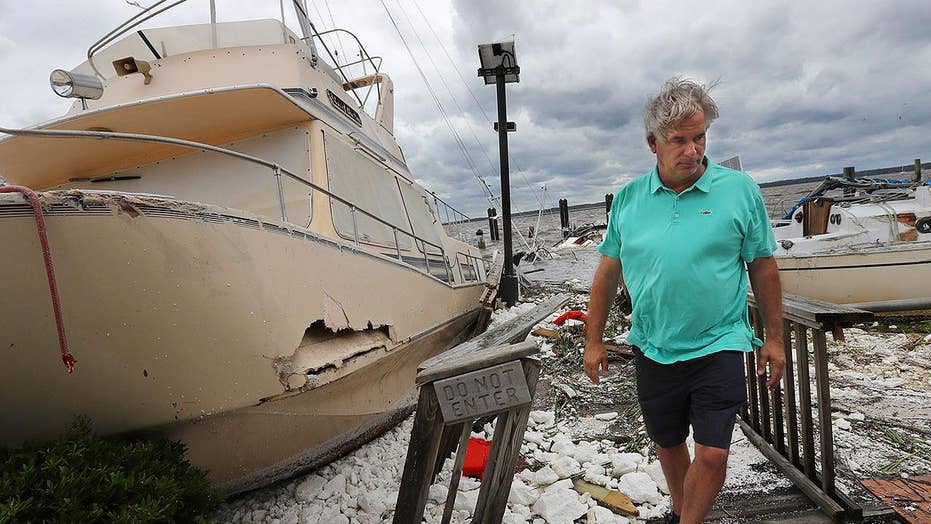 The U.S. Navy dispatched the aircraft carrier Abraham Lincoln and two other ships to the Florida Keys to help with search-and-rescue operations after Hurricane Irma slammed the region.

Gov. Rick Scott, R-Fla., said, "I just hope everyone survived," after a flyover of the hurricane-battered Keys yielded what the governor said were scenes of devastation.

He said boats were cast ashore, water, sewers and electricity were knocked out, and "I don't think I saw one trailer park where almost everything wasn't overturned." Authorities also struggled to clear the single highway connecting the string of islands to the mainland.

The Keys felt Irma's full fury when the storm blew ashore as a Category 4 hurricane Sunday morning with 130 mph winds. How many people in the dangerously exposed, low-lying islands defied evacuation orders and stayed behind was unclear.

In a tweet Monday morning, a WFOR reporter said “it’s hard to describe" the lower Florida Keys, but it could be best described as a “war zone.”

As Irma weakened into a tropical storm and finally left Florida on Monday after a run up the entire 400-mile length of the state, the full scale of its destruction was still unknown, in part because of cutoff communications and blocked roads. Monday night, the storm had weakened to a tropical depression near Columbus, Georgia.

Six deaths in Florida have been blamed on Irma, along with three in Georgia and one in South Carolina. At least 35 people were killed in the Caribbean. 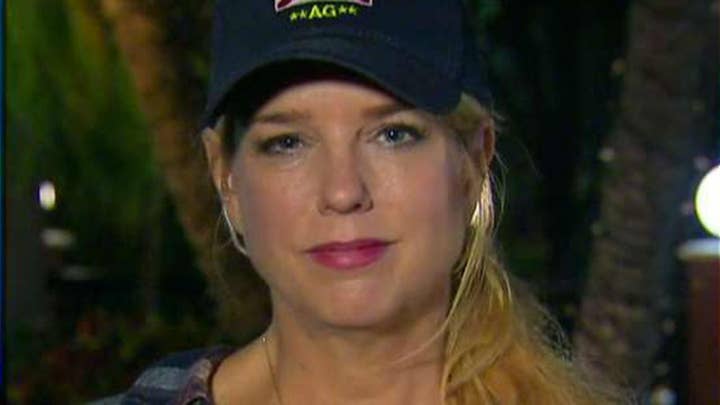 Statewide, an estimated 13 million people, or two-thirds of Florida's population, remained without power. That's more than the population of New York and Los Angeles combined. Officials warned it could take weeks for electricity to be restored to everyone.

More than 180,000 people huddled in shelters in the Sunshine State.

The governor said it was way too early to put a dollar estimate on the damage.

In a parting shot, it triggered severe flooding around Jacksonville in the state's northeastern corner. It also spread misery into Georgia and South Carolina as it moved inland with winds at 50 mph, causing flooding and power outages.

Around the Tampa-St. Petersburg area, where Irma rolled through early Monday, damage appeared modest. And the governor said damage on the southwest coast, including in Naples and Fort Myers, was not as bad as feared. In the Keys, though, he said "there is devastation."

"It's horrible, what we saw," Scott said. "I know for our entire state, especially the Keys, it's going to be a long road."

He said the Navy dispatched the Abraham Lincoln, the USS Iwo Jima and USS New York. Emergency managers in the islands declared on Monday "the Keys are not open for business" and warned that there was no fuel, electricity, running water or cell service and that supplies were low and anxiety high.

"HELP IS ON THE WAY," they promised on Facebook.

The Keys are linked by 42 bridges that have to be checked for safety before motorists can be allowed in, officials said. The governor said the route also needs to be cleared of debris and sand, but should be usable fairly quickly.

In the Jacksonville area, close to the Georgia line, storm surge brought some of the worst flooding ever seen there, with at least 46 people pulled from swamped homes.

The Jacksonville Sheriff's Office warned residents along the St. Johns River to "Get out NOW."

"If you need to get out, put a white flag in front of your house. A t-shirt, anything white," the office said on its Facebook page. "Search and rescue teams are ready to deploy."

A tornado spun off by Irma was reported on the Georgia coast, and firefighters inland had to rescue several people after trees fell on their homes.

A tropical storm warning was issued for the first time ever in Atlanta, and school was canceled in communities around the state. More than 1.5million customers were without power Monday night in Georgia.

Over the next two days, Irma is expected to push to the northwest, into Alabama, Mississippi and Tennessee.

People in the heavily populated Tampa-St. Petersburg area had braced for the first direct hit from a major hurricane since 1921. But by the time Irma arrived in the middle of the night Monday, its winds were down to 100 mph or less.

"When that sun came out this morning and the damage was minimal, it became a good day," said Tampa Mayor Bob Buckhorn.