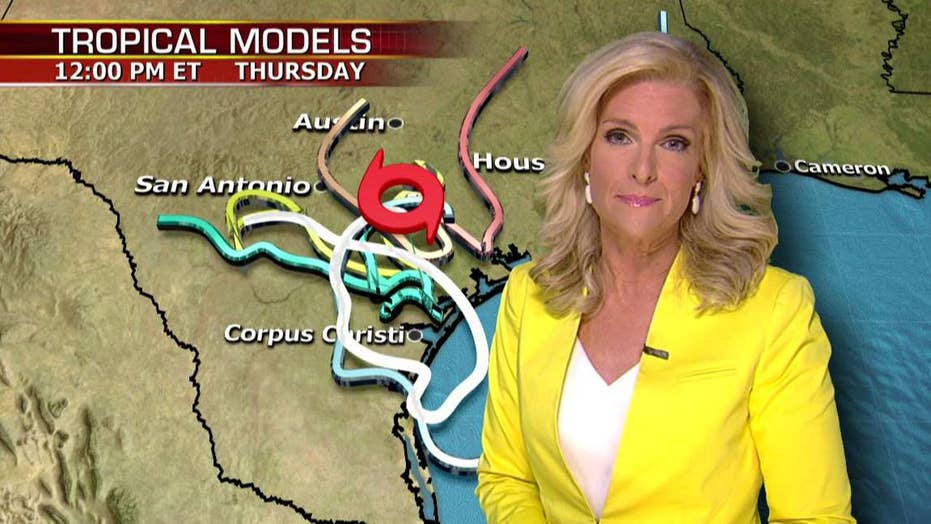 Hurricane Harvey was downgraded to a tropical storm after thrashing southern Texas, bringing heavy rain and “widespread devastation” in its wake.

The National Hurricane Center said on Twitter on Saturday afternoon that extremely serious flooding was possible throughout the state.

High howling winds, downed power lines and intense flooding hit the Lone Star State in one of the strongest storms to slam into Texas in a decade.

Texas Gov. Greg Abbott said upwards of 20 inches of rain had  hit the Corpus Christi area, which was in the path of the storm, and an additional 20 to 30 inches were expected elsewhere. He said 13,000 military members were activated.

Abbott told reporters that there are concerns over fatalities, however he could not comment or confirm reports until more information was available.

A disaster declaration was issued for 50 counties.

In Rockport, a small community on the coast, the storm brought in torrential rain and stinging win. While emergency crews were out early assessing the damage, Rockport’s mayor told the Weather Channel that his community was hit “right on the nose” and left “widespread devastation.”

The city’s fire chief, Steve Sims, told Fox News described Harvey as “almost deafening” as it approached. “It was unbelievable,” he said of the damage Harvey caused.

Francisco Sanchez, a spokesman for Homeland Security & Emergency Management, warned that while Harvey was no longer a hurricane, Texas was not out of the woods yet.

At least 15,000 people aboard three Carnival Cruise Line ships scheduled to return to Galveston this weekend were delayed or detoured due to the hurricane. The Port of Galveston was closed on Friday.

A statement from the Miami-based Carnival Cruise Line said the Carnival Freedom and Carnival Valor were at sea and would remain a safe distance from the hurricane. Petroleum companies evacuated personnel from 86 Gulf of Mexico platforms, according to the Oil & Gas Journal.

A tornado touched down in the Katy, Texas, area, just west of Houston, uprooting trees and tearing apart the Trailer World dealership.

“It’s shocking,” BJ, who manages the business, said to Fox News. “The office is gone. The front gates are gone. Thank God nobody was here.”

Debris was strewn across many roadways in the area, with some roadways under 16 inches to 30 inches of water.

The insured property losses from Hurricane Harvey were estimated to cost between $1 billion and $2 billion from wind and storm damage, according to CoreLogic.

Hospitals as far as Austin, Texas, had evacuated patients ahead of Harvey, FOX7 Austin reported. The city also canceled two big concerts – Coldplay and Mary J. Blige, as well as the first day of school on Monday.

McKeon said the hospital had emergency plans in place and had been working with the city on communications and worst-case scenario preps. Some hospitals on the coast, meanwhile, have been evacuating patients, FOX7 Austin reported.

“Closely monitoring #HurricaneHarvey from Camp David. We are leaving nothing to chance. City, State and Federal Govs. working great together!” he tweeted.

Olga Mendez, who remembers riding out storms as a young girl, waited to board a bus with her husband and their young daughter.

"My mom never leaves," Mendez told the paper. "We would just hide in the closet or the tub. But we know it's important to get out now."

When Tropical Storm Allison hit Houston in 2001, it was the most expensive storm in the state’s history. Floodwaters destroyed research projects and the Texas Medical Center, the largest medical complex in the world, lost about $2 billion in damage.

Harvey has been fueled by warm Gulf of Mexico waters.

To put the hurricane’s strength in perspective, superstorm Sandy, which wasn’t formally called a major hurricane and still devastated New York and New Jersey in 2012, didn’t have the high winds like Hurricane Harvey and lost tropical status by the time it hit land.

“FEMA stands ready to support state, local and tribal officials as they prepare for Hurricane Harvey,” Brock Long of the Federal Emergency Management Agency said in a statement.  “I encourage residents who will be affected to follow directions from their local officials. Know your threats, heed the warnings, and if you’re in the path of the storm, ensure your family is prepared for possible prolonged disruptions to normal services.”