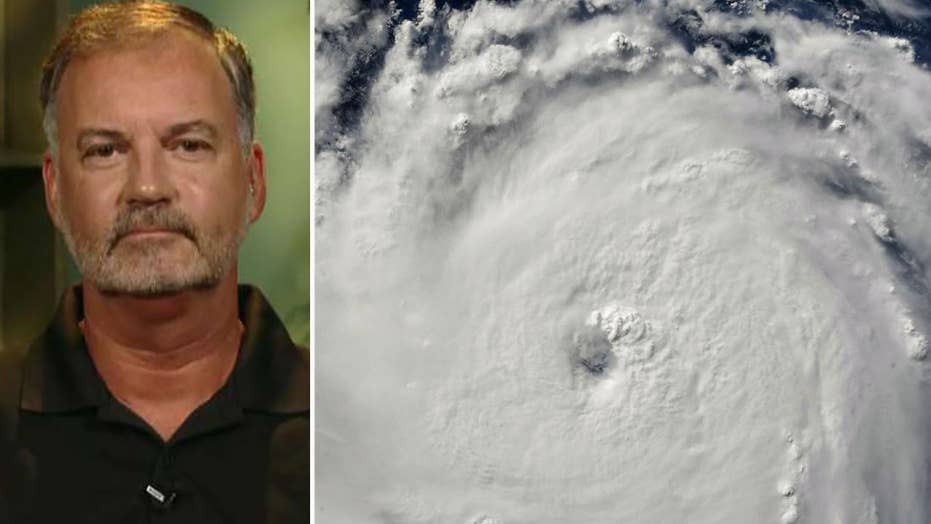 Hurricane historian: Be prepared for Florence

Author of 'North Carolina's Hurricane History' Jay Barnes speaks out on lessons learned from past storms on 'Fox & Friends.'

A community of slave descendants living on the South Carolina coast are relying on tradition over weather reports as Hurricane Florence's 110-mph winds churn closer to the East Coast on Thursday.

For thousands of black residents on St. Helena Island who can trace their ancestry back to enslaved West Africans, the opinions of family members mean just as much -- if not more -- than the forecasts on television.

“If Mama won't leave, most folks aren't going to leave,” Josh Dais, 29, told the Associated Press on Tuesday. “If Mama and Grandma are going, then a lot of people are leaving.”

John Brown stands behind a fence for his cows outside his home on St. Helena Island, S.C. (AP Photo/Russ Bynum)

St. Helena Island is home to the largest Gullah community on the South Carolina coast – with about 5,000 people who are descendants of slaves who worked rice plantations before they were freed by the Civil War. Tradition and deep cultural roots have persisted for generations.

Dais was one of those who rode out Tropical Storm Irma last year and Hurricane Matthew in 2016. Destructive hurricanes haven’t made a major impact on St. Helena Island in recent years. But the Sea Islands Hurricane of 1983 devastated the area before crushing Savannah, Ga., killing about 2,000 people.

Emory Campbell, a Gullah descendant and scholar, recalled riding in a neighbor’s cart on Hilton Head Island when Hurricane Gracie hit in 1959 and tore the roof off a hotel.

“We saw some remnants of hurricanes here when I was growing up,” Campbell told the Associated Press. “The wind would blow, you'd put some tin up against the window, but you wouldn't know that much except for the scratchy sounds on the radio coming out of Savannah.”

"If Mama won't leave, most folks aren't going to leave."

TRACK FLORENCE: FOLLOW THE PATH OF THE HURRICANE HERE

Bertha Bradley also said she wasn’t worrying about Florence. She and her husband grew up on St. Helena Island and own a seafood restaurant.

She told the Associated Press she never favored evacuating, in part because her great-grandmother never did.

John Brown, 54, spent weeks cutting up fallen trees in the aftermath of Hurricane Matthew, he told the Associated Press. If it wasn’t for his job, he said he would be leaving town.

“If my job didn't require me to stay, I'd be out of here in a heartbeat,” Brown said. “I think most of the older ones, they're kind of stubborn. But the younger ones, not so much.”