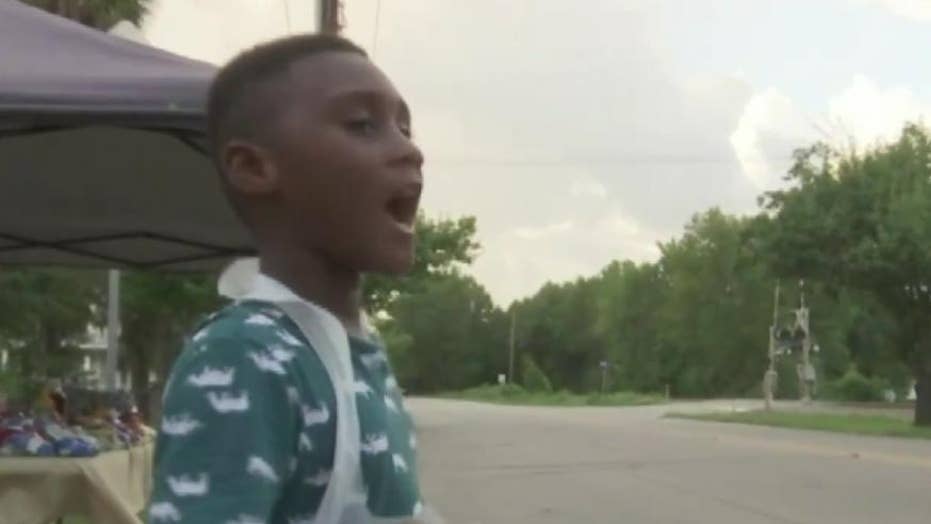 A 6-year-old South Carolina boy trades in his birthday trip to Disney world to give away free food for Hurricane Dorian evacuees.

This 6-year-old boy's ultimate birthday wish is apparently to serve others.

Jermaine Bell turns 7 on Sept. 8, and his family has been saving up money to go to Disney World. But as Hurricane Dorian set its sights on the Southeast, Bell wanted to instead spend Labor Day weekend in South Carolina.

“The people that are traveling to go to places, I wanted them to have some food to eat, so they can enjoy the ride to the place that they’re going to stay at,” Bell told WJBF.

South Carolina Gov. Henry McMaster ordered mandatory evacuations along the state's 190-mile coast and turned all lanes of Interstate 26 into a one-way evacuation route heading west as the storm threatened to impact the state.

Jermaine Bell was out with two handmade signs to serve Hurricane Dorian evacuees with hot dogs, chips, and water as they headed inland.

On Tuesday, the 6-year-old was out with his family along Highway 125 in Allendale, S.C. with two handmade signs to serve evacuees hot dogs, chips, and water as they headed inland. Allendale is located about 90 miles west of Charleston.

“I wanted to be generous and live to give,” he told WJBF.

Bell ended up serving nearly 100 evacuees during the day.

“He actually even prayed for a family while they were here in reference to their house being OK when they got back, so that was really tear dropping,” she told WJBF.

Bell said he hopes when Dorian finally passes by he could continue to make his way to Disney World for a birthday celebration.

His mother, Lauren, said on Facebook she couldn't believe how selfless her son is and that she plans to take him on the trip very soon, according to FOX35.

"He has a very big heart and all-around caring spirit," she wrote on Facebook. "It definitely makes it a birthday to remember for him."