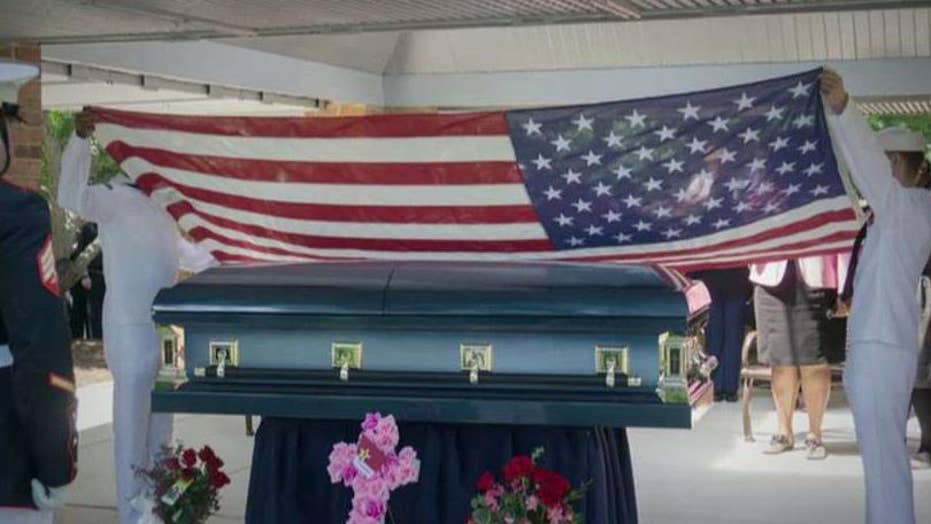 200 attend funeral for veteran with no known relatives

Support for the service member was stirred by internet campaign

Four people were expected to attend the funeral Tuesday of a 91-year-old U.S. Navy veteran who died last month with no known living relatives.

But 20 minutes before the ceremony at Quantico National Cemetery in Virginia-- a caravan of cars created a traffic jam.

Word got out on social media that Serina Vine could have been buried alone, and an estimated 200 people, including veterans, showed up to pay their respects for the woman who worked in radio intelligence from 1944 to 1946, The Freelance-Star reported.

“I said to myself: unacceptable,” William Jones, a retired Marine told The Freelance-Star. “We serve together, so therefore we should not die alone.”

Vine lived the last 20 years of her life at the Department of Veterans Affairs Community Living Center in Washington.

Pastor Dwight Micheal, who works at Quantico, reportedly delivered the eulogy. He said some may look at Vine’s life and be unimpressed, but if you looked deeper, you may get a more accurate picture of who she was.

She was fluent in three languages, which served her well in radio intelligence for the Navy, Micheal said. (He noted that most people get by barely knowing one language.)

Micheal pointed out that Vine graduated from the University of California at a time when “higher education wasn’t an expectation for most women.” In her later years, Vine took great joy in dressing up her church on Sunday.

Little was known about the woman they were all honoring. For the diverse crowd that included some bikers in leather vests, those details did not matter.

“We might not know much about sister Vine, but what we do know is she should be remembered as one who had a character to serve and that she contributed to the life that we enjoy today in this nation,” Micheal said.