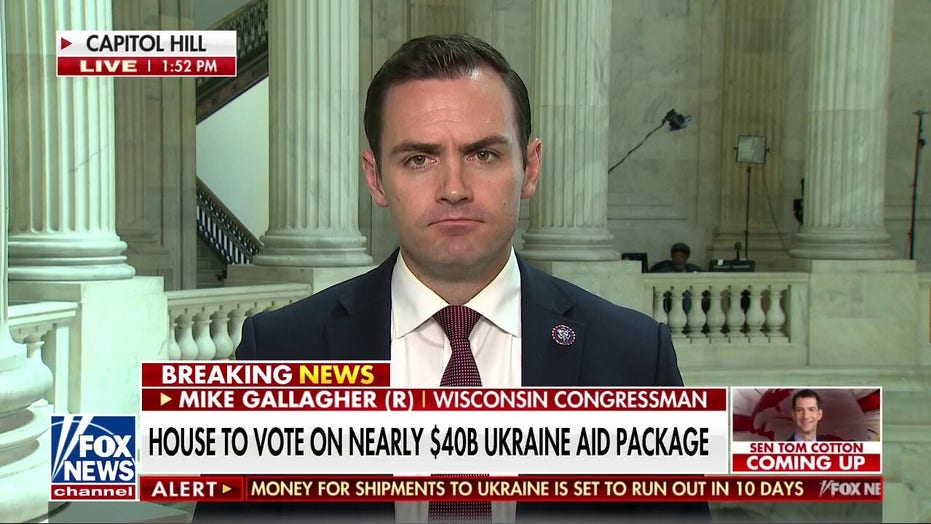 House Armed Services Committee member Rep. Mike Gallagher, R-Wis., discusses the Ukrainian aid package valued at nearly $40 billion and the elements he would like to see inserted and left out of the bill.

The House of Representatives has passed a nearly $40 billion bill that will aid Ukraine in its war with Russia.

The bill, which includes military, economic and humanitarian assistance to Ukraine, cleared the chamber 368 to 57. No Democrats opposed the bill.

All nay votes came from Republicans.

The bill now goes to the Senate. But the Senate may not vote on the plan until next week.

The sum comes just over the $33 billion President Biden initially requested from the chamber. The bill now heads to the Senate where it has bipartisan support.

I thank @SpeakerPelosi and all friends of 🇺🇦 in 🇺🇸 House of Representatives for the quick approval of the law on additional financial support for our state initiated by @POTUS. We are looking forward to consideration of this important document for us by the Senate.

On Monday, Biden urged the chamber to "immediately" consider his proposed bill as it could provide additional weapons and funds for humanitarian services in Ukraine.

"The plan was substantial in size, because the need is substantial: We must stand by Ukraine as it defends itself from Russian aggression," Biden said Monday. "The need is also urgent: I have nearly exhausted the resources given to me by a bipartisan majority in Congress to support Ukraine’s fighters."

The House of Representatives on December 18, 2019, in Washington, D.C. (Photo by Samuel Corum/Getty Images)

The president said the aid "has been critical to Ukraine's success on the battlefield."

In a unique move, Biden said he did not wish the Ukraine aid to be tied up with any other packages, such as coronavirus relief, or any other agenda items that could prevent its passage.

U.S President Joe Biden in the East Room of the White House on February 28, 2022, in Washington, DC. (Anna Moneymaker/Getty Images)