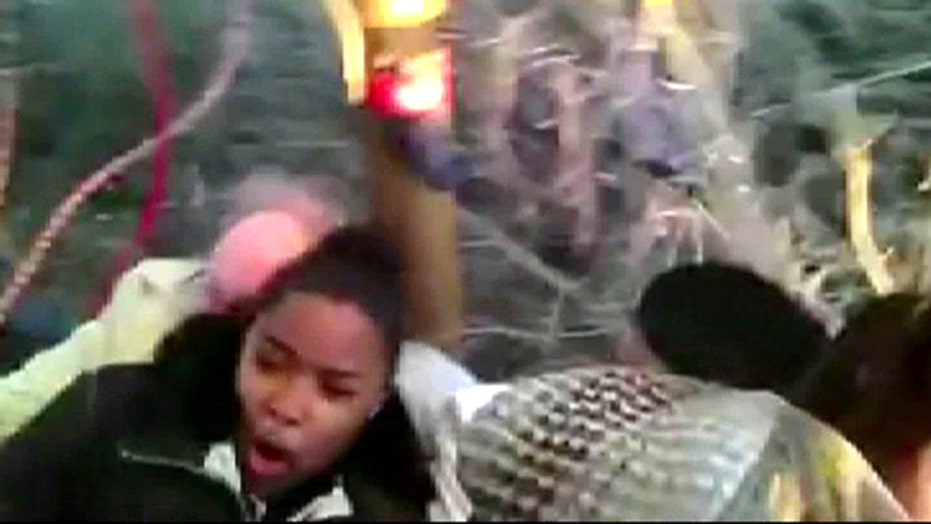 SAN DIEGO – A sunset wedding ceremony aboard a hot air balloon got off to a bumpy start when a gust of wind forced the pilot to make a crash landing in the yard of a San Diego home.

San Diego Fire-Rescue Department spokesman Maurice Luque says one of the 14 people onboard suffered a minor back injury Monday.

The marrying couple told KGTV (http://bit.ly/WqHlaV ) the gust caught the balloon just after they exchanged their vows, causing it to sway over the Rancho Penasquitos neighborhood.

The landing on a hillside fence behind the house was filmed by a member of the wedding party. Video showed the blue-and-yellow balloon draped over trees near the house afterward.

The couple continued to their reception.