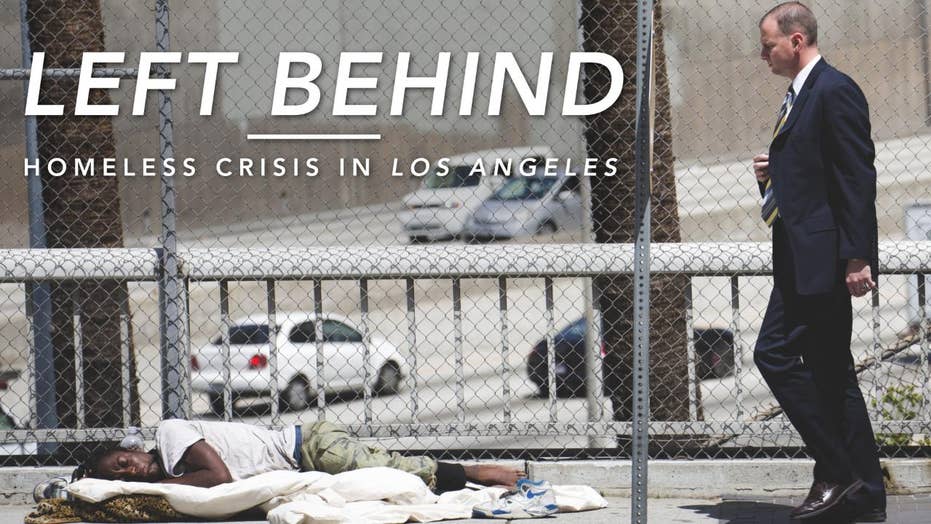 Homeowners in a California subdivision have been charged $20,000 for the cleanup of a former homeless camp near their neighborhood, with residents arguing the decision was delayed and shouldn't just be their responsibility, according to multiple reports.

Walsh Property Management, which oversees the homeowners association, charged each resident $300 to clean up the trash and waste at the camp, located in the San Lorenzo Creek ravine below their homes in Lakewood, near San Francisco.

Lakewood is a subdivision of 75 houses in Castro Valley.

The encampment was reported back in October 2017, but there was confusion about who was responsible for the land. Alameda County reportedly told the homeowners association the camp was on the their property only in August 2019.

HOMELESS WOMAN IN PORTLAND SLEEPING IN FRONT OF GARAGE RUN OVER BY DRIVER, DIES AT HOSPITAL, POLICE SAY

“There are no fences and such that would mark where the property line ended, so we were kind of hoping that it was someone else’s responsibility,” Ed Walsh, the owner of Walsh Property Management told San Francisco's KPIX. “Unfortunately, this one happened to be on the association’s property."

Residents told the outlet the delay in determining who was responsible caused more trash to pile up, making the cleanup costs more expensive.

One homeowner in the subdivision said they were left in the dark on the encampment and shouldn't be held responsible for something they couldn't see from their home, according to Oakland's FOX 2.

"The homeowners association was informed and they just didn't take any action. I don't know if they didn't want to or they were just kind of being careless," homeowner An Luong told the outlet ..."And it's not like it's on our property and we could see somebody camping out here and we could do something, but it's kind of out somewhere."

Luong says the responsibility shouldn't be solely placed on the homeowners' shoulders.

"At least part of the responsibility for the negligence and stupidity, instead of putting everything on us," Luong told the station.