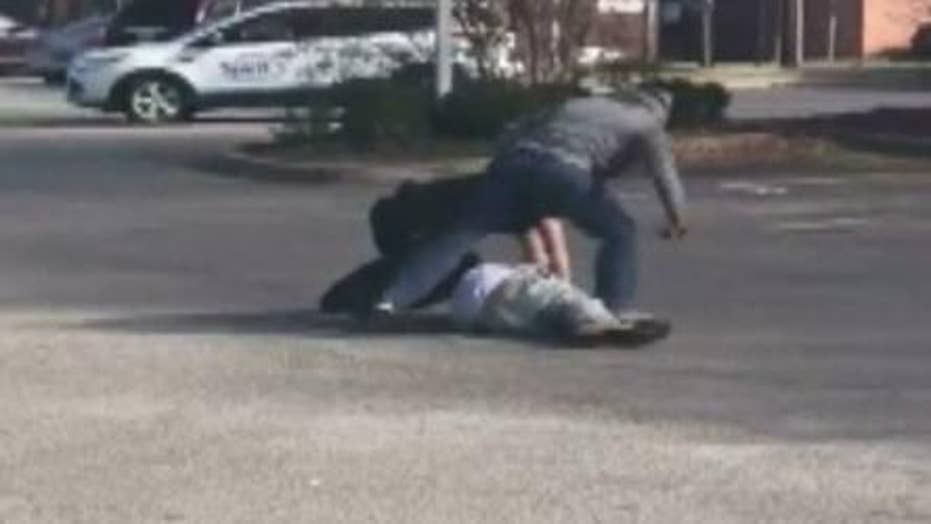 A homeless man who South Carolina police are praising for jumping into action to assist an officer in an arrest this week said Wednesday things were “going to get ugly” so something “had to be done.”

Cray Turmon was captured on video this week tackling a man who was wrestling with a police officer outside a gas station in Columbia.

"She's a woman slammed to the ground and she's an officer...I saw her belongings hit the ground,” Turmon told WACH. “She'd done everything she could...It was going to get ugly, ya know? Something had to be done.”

Columbia Police said the suspect who was arrested, Donald Songster Brown, is accused of punching a woman inside the gas station and threatening to harm her and another person with a knife. The 39-year-old is facing multiple charges, including attempted murder, armed robbery and kidnapping. 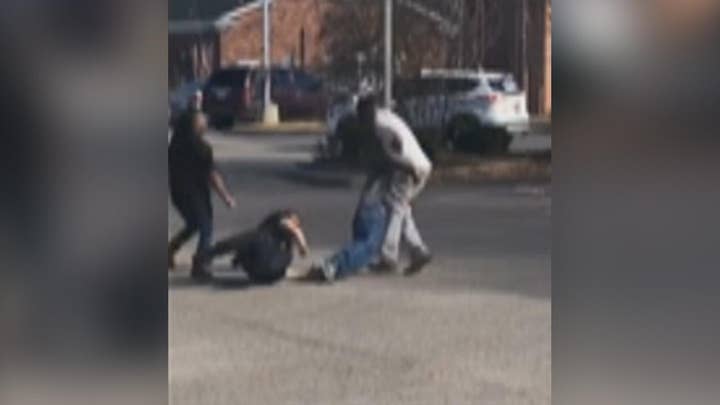 "Someone's got to stand up. Someone told me if you don't stand up for something, you'll fall for anything. So I stood for something yesterday," Turmon, who is living at a local homeless shelter, told WACH on Wednesday. He said he hopes his story can make a difference.

In a video of the incident, the police officer is heard telling the man to “get on the ground” as she pulls out a taser. The man does not obey and gets a jolt, but continues to tussle with the officer until Turmon steps in.

Turmon is working to get his life back on track after former DUI arrests caused him to lose his driver’s license, job and home, WLTX reported.

"Someone's got to stand up. Someone told me if you don't stand up for something, you'll fall for anything. So I stood for something yesterday."

Columbia Police Chief Skip Holbrook honored Turmon on Tuesday with a certificate for his "extraordinary actions to preserve life and aid public safety.”

“Often times, when you least expect it, an invaluable gift comes when you need it the most,” the department wrote in a Facebook post.