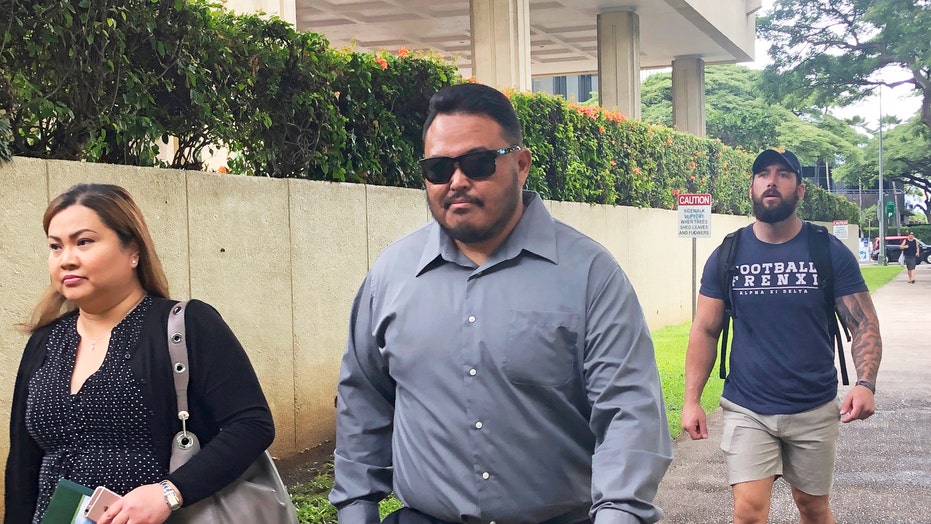 A homeless man is suing the Honolulu Police Department and the city, claiming officers forced him to lick a public urinal in January 2018 to avoid being arrested.

Samuel Ingall was seeking shelter in the restroom in January 2018 when one of the officers told him in an “aggressive tone” that the “only way he could avoid arrest was by licking the urinal in the bathroom,” the lawsuit said.

Another officer stood in the doorway, propping open the door, then closed it so they wouldn't be caught on video, according to the lawsuit filed last week.

It said Ingall, “against his will, knelt before the urinal and licked the urinal."

John Rabago, an officer with the department, pleaded guilty on December 16 to depriving Samuel Ingall, 37, of his civil rights. Rabago -- who remains on restricted duty -- told Ingall in an "aggressive tone" the “only way he could avoid arrest was by licking the urinal in the bathroom,” the lawsuit stated.

LORI VALLOW'S SON, 23, SPEAKS OUT AFTER SHE IGNORES DEADLINE TO PRODUCE MISSING KIDS

Another officer, Reginald Ramones, allegedly stood in the doorway, closing the door so the two officers wouldn't be caught on video, according to Hawaii News Now.

Ramones left the department in August and pleaded guilty to a lesser charge -- that he knew Rabago committed a civil rights violation but didn't inform authorities. He said in court Rabago pushed him not to tell authorities what happened.

The alleged incident occurred after Rabago and Ramones responded to a nuisance complaint about Ingall being in the bathroom at a Honolulu shopping center, according to the news program. Rabago claimed Ingall gave them a fake name and was uncooperative.

Rabago wasn't allowed to plead no contest, so he pleaded guilty to accept responsibility, defense attorney Megan Kau said Monday. The guilty plea “potentially puts the city at risk because of the civil lawsuit,” which was expected, she said.

Ramones' attorney didn't immediately respond to a message seeking comment, according to the AP.

Kau had said in December that Rabago was "very remorseful, which is why he took responsibility," according to Hawaii News Now.

Two other officers were placed on restricted duty when police Chief Susan Ballard turned the case over to the FBI in 2018.

Ingall is in a residential substance abuse program and plans to go into a clean and sober house, said his attorney, Myles Breiner.