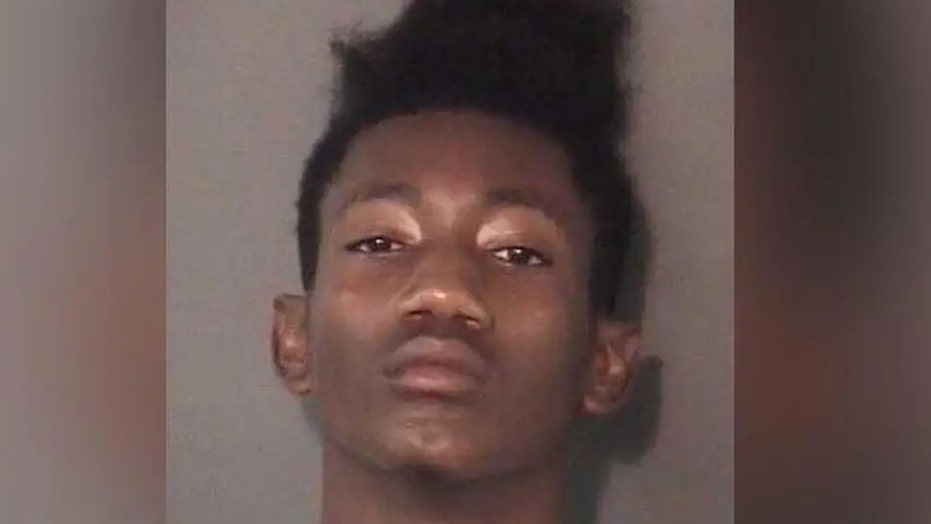 A North Carolina man who walked out of a hospital on Friday night -- after an 11-year-old struck him in the head with a machete in a foiled home invasion -- was captured after more than a day on the run, investigators announced Sunday.

The Orange County Sheriff's Office wrote on Facebook that 19-year-old Jataveon Dashawn Hall walked out of UNC-Chapel Hill Hospital "against medical advice" shortly before 8 p.m. Hall had been hospitalized for treatment of a head wound since about 1 p.m., initially at UNC-Hillsborough hospital before being transferred to the Chapel Hill facility due to the severity of his injury.

“Our agency is very concerned about the events in this case," Chief Deputy Sykes said in a statement Sunday. "Effective immediately, we will institute policy changes necessary to protect the public in situations like this. We expected to be notified prior to Hall’s discharge."

Hall had his head wrapped in a bandage when he walked out of the hospital carrying a cup of water, according to police.

Jataveon Dashawn Hall, 19, walked out of hospital on Friday night where he was being treated for head wounds, investigators said. (Orange County Sheriff's Office)

Sheriff's investigators said they were notified when the 19-year-old initially arrived at the hospital but had no legal authority to hold him in custody at the time as he was only a suspect. By that afternoon, police said enough information was established to seek warrants for breaking and entering and assault.

Deputies were then planning to be at the hospital at the time of discharge and take Hall into custody but were told early Saturday morning that the 19-year-old had actually left the night before.

The sheriff's office said that Hall had told a nurse he needed to leave because "the police were going to be looking for him."

"When Hall left the hospital Friday evening against medical advice, we certainly should have been notified. But most concerning of all is that hospital police did not even know Hall had left the premises almost 10 hours prior," Sykes said. "Indeed, Hall’s absence was only discovered when we placed a phone call to them."

However, by Sunday afternoon, Hall was under arrest.

"Early afternoon today, the Burlington Police Department received an anonymous tip that Hall was at his mother’s apartment in that city. Burlington officers responded and apprehended Hall," the Orange County Sheriff's Office wrote Sunday. "Sergeant B. Wilkerson drove to Burlington and transported Hall back to Orange County. Hall had no current medical complaints. Wilkerson took Hall before a magistrate who placed him under a $100,000 secure bond."

Burlington is about 30 miles northwest of Chapel Hill.

UNC Health Care said in a statement the suspect was not under guard while hospitalized in the department's emergency department.

Raw video: A gas station clerk uses a machete to defend himself against knife-wielding robber and his accomplice. The incident occurred at the Conoco station in Huntsville, Alabama.

"This patient was admitted to the ED, but was in the legal custody of the Orange County Sheriff’s Department which did not place an officer with him," the organization told The News & Observer. "In similar situations, hospital staff will often alert law enforcement personnel when a suspect patient is discharged, but they remain the legal responsibility of law enforcement."

The sheriff's office said that hospital police were notified warrants were issued and were asked to call the department prior to Hall's discharged.

"The arrangement all of our area law enforcement agencies have with hospital police of ensuring the eventual arrest of a suspect after the suspect receives medical care, has been in place for decades," Sykes said. "I cannot remember another time when it has failed."

Hall was scheduled to face a judge Monday afternoon.

Investigators said Hall was among intruders who broke into the home Friday but was chased off when the 11-year-old boy drew blood with the machete. A woman and a second man provided the getaway vehicle for the three intruders and drove away.

The boy's aunt, Ashley Matthews, told WTVD on Saturday she was outraged by the news that Hall had walked out.