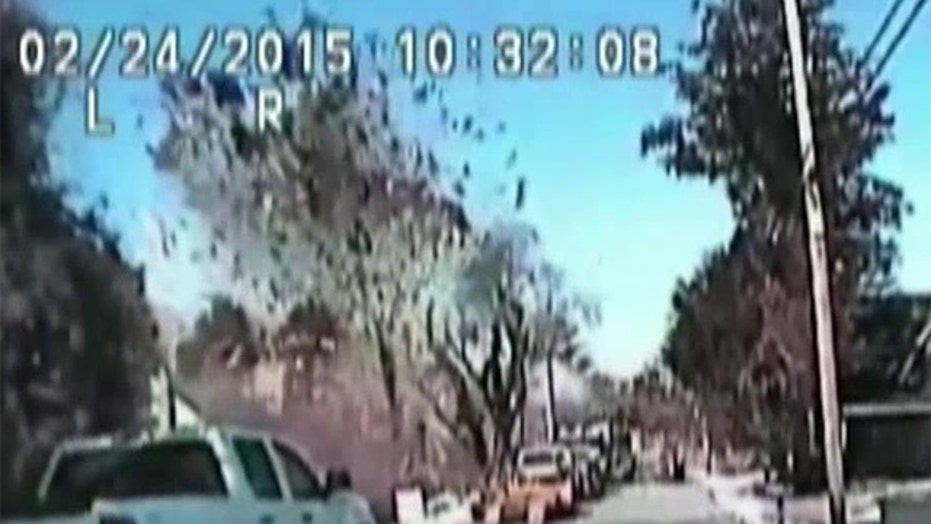 STAFFORD TOWNSHIP, N.J. – Fire Chief Jack Johnson was standing outside a home under renovation near the Jersey shore in the neighborhood where residents had reported a strong smell of natural gas Tuesday morning.

The rotten-egg smell of the substance added to odorless gas to warn people of a leak hung heavy in the air and was beginning to permeate the Stafford Township homes.

Johnson, fellow firefighters, police officers and gas company workers were going house to house, asking people to evacuate as a precaution while workers looked for the source of the leak.

The fire chief was about 50 feet from the unoccupied house, where workers suspected the gas was leaking, when a fireball burst into the sky and a shock wave knocked several people on their backs and pounded their eardrums. Glass, wood and insulation rained down; strands of pink fiberglass hung from the pine trees like wispy strands of cotton candy.

"It happened so quickly, the explosion, debris all around us coming from nowhere," Johnson said. "It knocked you off your feet, a shock wave, the concussion of it. It's something I never want to experience again."

In that instant — captured on a police cruiser's dashboard camera — 15 people were injured, two of them critically.

Johnson was one of six firefighters and two emergency medical service technicians to sustain concussion-like injuries. All but one had been treated and released from hospitals by Tuesday evening. Seven gas company workers also were injured, including two critically who were within 20 feet of the house when it blew up.

Houses on either side were badly damaged, as was a partially built one across the street. Stafford Police Capt. Tom Dellane said other homes located within several blocks of the blast also were damaged.

"It looks like a war area," said Max Von Ness, a plowing contractor who was nearby when the explosion occurred. "It's just destruction. There's debris all over the place."

Von Ness, of Stafford Township, said he was driving in the area when he heard a loud explosion and felt the ground shake.

"It was kind of like a mini-earthquake," he said. "You were thinking it was like a bomb."

The cause of the 10:32 a.m. explosion has not been determined. The blast occurred about an hour and a half after police received the first report of the strong gas smell. Emergency crews and gas company personnel responded and began evacuating 75 to 100 nearby homes.

About 300 homes remained without gas service Tuesday evening; some were also without electricity. Michael Kinney, a spokesman for New Jersey Natural Gas, said crews planned to work through the night to make repairs and hoped to restore service by Wednesday morning.