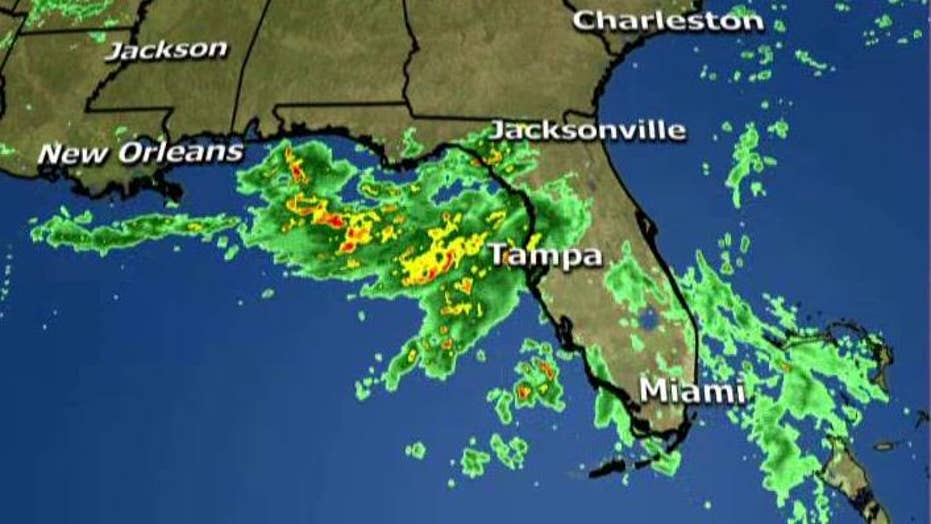 Maria Molina has your Foxcast

PHOENIX – Streets looked like rivers and water swallowed cars as a major storm moved through Tucson and then north on Tuesday.

The storm caused heavy flooding and the closure of several streets. Tucson's street car, which travels around downtown and the university area, was out of service all morning because of floods. There didn't appear to be any fatalities as a result of the weather.

In Phoenix, a dust storm engulfed parts of the metro area while the eastern suburbs got a brunt of the rain, accumulating at least 1 ½ inches by midday.

Heavy rain associated with Tropical Storm Javier in Mexico was expected to hit much of the American Southwest and bring the possibility of more flash floods. Forecasters say the new storms may remain through Thursday and could affect Arizona, New Mexico and the southern parts of Utah and Colorado.

Meteorologist Geral Estupinan said rain would hit the area off and on all day, but that the storm was headed north. He said the storms affecting the area are associated with Tropical Storm Javier but not directly related.

Mexican authorities evacuated people from low-lying areas around the resort city of Cabo San Lucas as Tropical Storm Javier blew past the tip of Mexico's Baja California Peninsula before weakening to a tropical depression Tuesday.