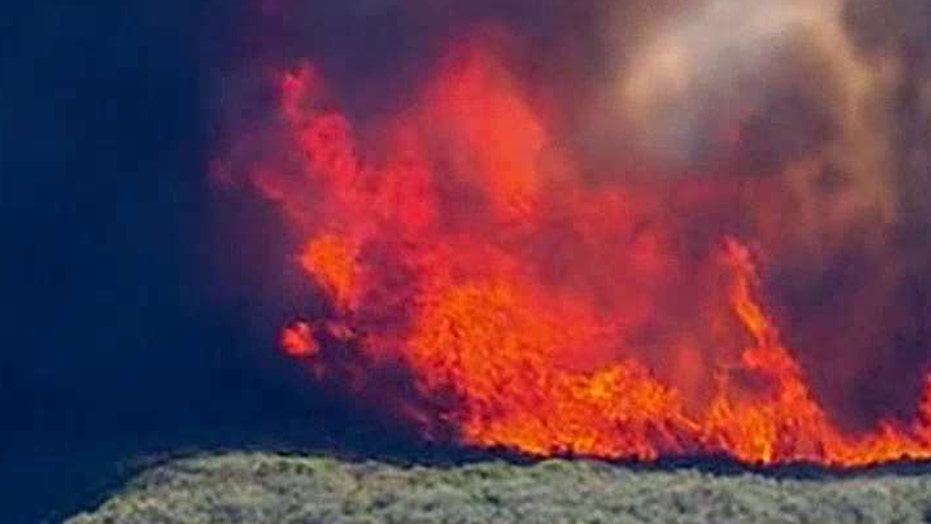 PHOENIX – In a desert city used to triple-digit temperatures, some hunker down inside and some head to the pool, while others still want to hit Phoenix's many hiking trails. But with temperatures creeping above 115 degrees during a heat wave boiling parts of the Southwest, that decision can have deadly consequences.

The mercury made a quick ascent Sunday to hit 118, breaking a record of 115 set nearly 50 years ago, according to the National Weather Service. Portions of Arizona and southeast California were expected to keep getting scorched Monday with a high pressure ridge lifting out of Mexico.

Going out early in the morning didn't save a 28-year-old woman who became unresponsive while mountain biking with friends in north Phoenix. She had set out with two friends around 6 a.m., carrying water, but became exhausted about three hours later, then could not breathe.

Firefighters rescued the unidentified woman, who was an avid hiker and a personal trainer, and she later died at a hospital, fire Capt. Larry Subervi said. She had no known medical issues, and her condition appeared to be heat-related, authorities said.

Her death comes a day after a 25-year-old Phoenix man died of heat exposure while hiking in neighboring Pinal County.

Forecasters have said Phoenix could see a high of up to 120. On social media, residents commiserated by posting photos of boiling temperature readings on car thermometers and cellphones.

Some still ventured outside for quick errands. Kim Leeds, 28, had to take her dog Bo outside in the early afternoon for a bathroom break. The Australian shepherd wears special booties with rubber bottoms.

"He does really well with them. He doesn't mind walking around," Leeds said.

Preparing to enter her fourth summer in Phoenix, Leeds also decided to experiment with her car.

"I'm totally reveling in this experience because I'm actually baking cookies in my car," Leeds said. "I've been here long enough that I've got to do these things."

Others took advantage of discounts at Phoenix-area resorts, where summer can be the slow season.

Hotel guests got an early start at the JW Marriott Scottsdale Camelback Inn Resort and Spa as temperatures climbed. Several guests swam in the pool and sat under umbrellas sipping water and other iced drinks to cool off.

Southern Californians also posted competing photos on Facebook and Instagram of their soaring thermometers as the last day of spring brought summerlike temperatures to the region.

That heat was no help to firefighters who had to work to put out a wildfire in a Los Angeles neighborhood, where densely packed homes were briefly in danger.

Further northwest in the San Fernando Valley, some thermometers were reading close to 110 degrees, and Palm Springs in the inland desert hit 115.

The heat spurred state regulators to urge residents to voluntarily cut their consumption of electricity Monday. It did not yet bring the rolling blackouts that might Southern Californians have been told to expect this summer after a massive natural gas leak.