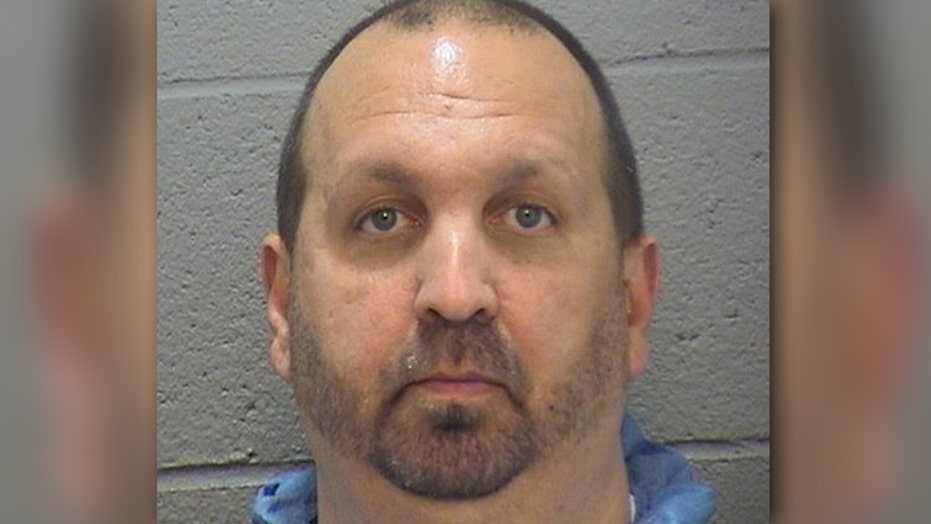 Police say a dispute over a parking space spurred the murder Tuesday of three North Carolina college students, but the Muslim father of two of the victims insisted Wednesday that his daughters' neighbor and alleged killer had menaced them before and was driven by hate.

Craig Stephen Hicks, 46, was charged with three counts of first-degree murder after turning himself in to police in Chapel Hill overnight. Although a Facebook page in Hicks' name that described him as a supporter of “Atheists for Equality” and blasted “radical Christians and radical Muslims" for causing strife in the world prompted rampant suspicion the crime was motivated by hate, police said Wednesday it was about a parking space at the condominium complex where the murders took place.

“It was execution-style, a bullet in every head,” the women’s father, Dr. Mohammad Abu-Salha, a psychiatrist, told the Raleigh News-Observer. “This was not a dispute over a parking space; this was a hate crime. This man had picked on my daughter and her husband a couple of times before, and he talked with them with his gun in his belt. And they were uncomfortable with him, but they did not know he would go this far.”

Abu-Salha said his daughter, who lived next door to Hicks, wore a Muslim head scarf and told her family a week ago that she had “a hateful neighbor.”

“'Honest to God, he hates us for what we are and how we look,’” the distraught father quoted his daughter as saying.

Authorities, however, have not said whether they suspect the triple homicide was a hate crime.

"The events of yesterday are not part of a targeting campaign against Muslims in North Carolina," he said, adding there is "no information this is part of an organized event against Muslims."

"This appears, at this point, to be an isolated incident," Rand said.

Abdullah Antepli, Duke University's Muslim chaplain, also spoke about the crime, saying the Muslim community is mourning the tragedy and trying to make sense of it.

"This may or may not be a hate crime," said Antepli. "Saying either this way or that way will be only unhelpful."

Chapel Hill police found the victims dead at the scene after responding to a report of gunshots at 5:11 p.m. Tuesday. Hicks is being held at Durham County Jail without bond. All three were shot in the head, authorities said.

Barakat, a Syrian-American, had majored in business administration and management at North Carolina State before enrolling at UNC-Chapel Hill two years ago to pursue his doctorate in dental surgery. He and his new wife worked for a charity that provided dental care to people in the United States and the Middle East. A Facebook post by Barakat dated Jan. 29 detailed a Durham project that provided dental supplies and food to homeless people this year.

He and 10 other dental students at the school were scheduled to go to Turkey in the summer, where they were going to treat Syrian refugees as part of a project organized by UNC-Chapel Hill School of Dentistry and the Syrian-American Medical Society. Hours after the murders, more than $8,200 had been donated to the online campaign for "Project: Refugee Smiles."

"We are sensitive to the impact an incident of this nature has on campus and in the community," the school said. "We understand you want to know the facts as quickly as possible. At the same time, we must respect the job our Chapel Hill police have as they investigate this crime."