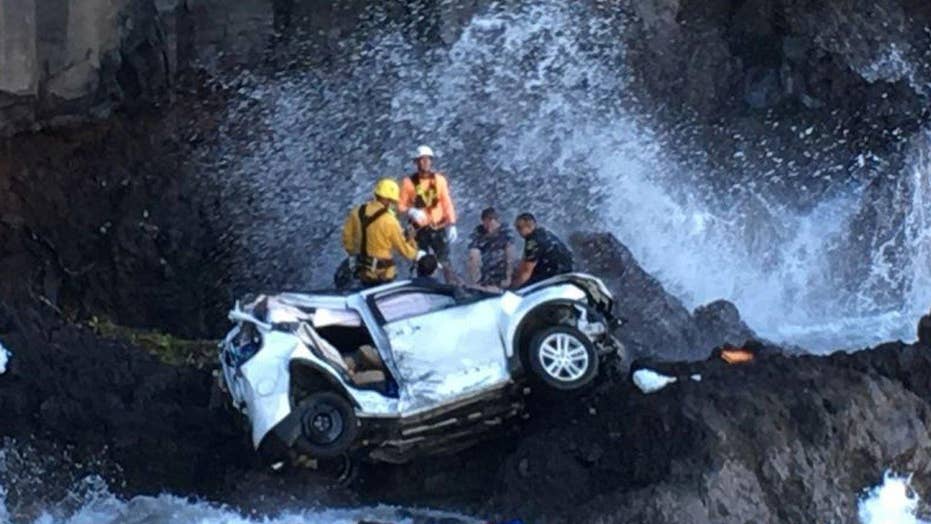 A Hawaii judge ordered the release of a woman accused in the death of her twin sister Wednesday after finding no probable cause for a murder charge.

According to court records, Judge Blaine Kobayashi ordered the release of Alexandria Duval during her preliminary hearing.

"We will have to see what other evidence we can find by furthering the investigation," Maui Prosecuting Attorney John Kim told the Associated Press when asked what prosecutors plan to do next.

Despite the judge's ruling, defense attorney Todd Eddins said he was trying to bail her out Wednesday evening. He said she was still jailed because of charges related to a previous arrest involving disorderly conduct.

She's eager to get to upstate New York in time for her sister's funeral, Eddins said.

"She's grateful but she's still traumatized by the whole series of events," he said.

The 37-year-old sisters were driving in a Ford Explorer on Hana Highway when they crashed into a rock wall last week, plunging about 200 feet onto a rocky shoreline. Anastasia Duval was pronounced dead at the scene. Her sister was taken to the hospital in critical condition.

Witnesses told police they saw the two sisters arguing while the vehicle was stopped and said the passenger was pulling the driver’s hair, Maui Deputy Prosecuting Attorney Emlyn Higa said. Then they saw the vehicle "accelerate forward and then take a sharp left over the cliff," he said.

According to another witness, the driver appeared to be in a rage before the vehicle went over the cliff, according to probable cause documents filed in court.

The vehicle's air-bag control module showed that the driver didn't attempt to brake before accelerating, making a hard left and hitting the wall, the documents said.

After being extricated from the vehicle, the driver only identified herself as “Alex,” the document said. Alexandria Duval was arrested Friday at the Seaside Hotel.

"We had information after she was discharged from the hospital she attempted to fly out of the jurisdiction Wednesday night," Higa said Tuesday. She wasn't able to leave Wednesday and had flight arrangements to fly to the West Coast Friday night, prompting police to arrest her, according to the court documents.

"All we know is she was trying to leave the state," Higa said. "We were afraid she would try to leave the country as well."

It's not clear when the twins changed their names, Higa said. Their Hawaii driver's licenses are in their new names, bearing the same Haiku address, he said.

They're originally from Florida, where they ran a successful yoga business, and moved to Hawaii in December from Utah, defense attorney Todd Eddins said.