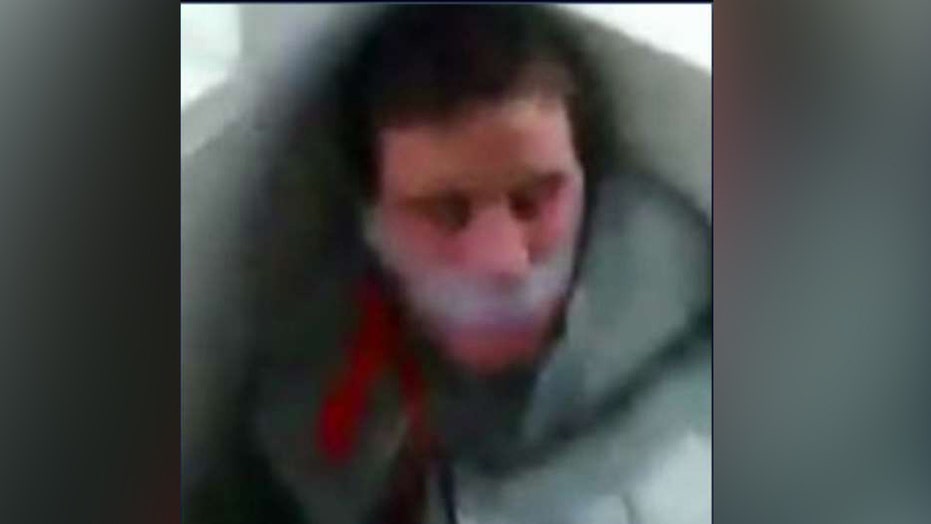 Four suspects are in custody

Hate crime and aggravated battery charges were filed Thursday against four African American suspects who police say tortured a mentally challenged white man for as long as 48 hours, while shouting racial and anti-Donald Trump slurs -- and part of the attack was streamed on Facebook Live.

"Let me be very clear: The actions in that video are reprehensible," Chicago Police Supt. Eddie Johnson told reporters during a news conference.

FACEBOOK LIVE ATTACK THE LATEST IN STRING OF ANTI-TRUMP ASSAULTS

Police on Thursday filled in details from the case. The 18-year-old man's parents had dropped him off at a McDonald's in suburban Streamwood last weekend to hang out with Hill, who took him in a van to see the rest of the group in western Chicago, investigators said, adding that the man didn't seem to know Hill had just stolen the van.

FUROR ERUPTS OVER VIDEO OF OFFICER SLAMMING STUDENT TO FLOOR

The man's parents apparently thought he'd be spending the night with friends, according to police. They said he and Hill had gone to school together in Aurora, although they didn't see each other frequently.

Instead, investigators claimed the group kidnapped the man, keeping him tied up for hours or more with his mouth taped shut in an apartment on the city's west side. The video showed him cowering in a corner while someone yelled "F--- white people!" and "F--- Donald Trump!" At one point, the man was held at knifepoint and told to curse the president-elect.

The video also showed the man being kicked and hit repeatedly, while his scalp was cut. The group apparently forced him to drink water from a toilet.

The worst of the attack had started out as a "play fight" that ultimately escalated, police said. They told reporters the man slept in the van during the ordeal.

The man finally escaped on Monday after a neighbor on a lower floor of the apartment building complained about the noise and threatened to call the cops, police said. They told reporters the suspects barged into the neighbor's apartment, giving the man an opportunity to get out.

The four also face burglary charges in connection to the break-in.

A police officer finally encountered the disoriented man walking down a street on Monday wearing only an inside-out tank top, jean shorts and sandals, despite the frigid weather. The officer said it was clear the man had been bloodied and battered.

White House Press Secretary Josh Earnest wouldn't say if he thought the incident was a hate crime, but did discuss the callous nature of the crime.

"They do demonstrate a level of depravity that is an outrage to a lot of Americans," Earnest said. "I have not spoken to the president but I'm confident he would be angered by the images depicted."

The suspects could be heard saying they wanted the video to go viral.

They now face a bevy of charges.

Hill is from Carpentersville and the others are Chicago residents.