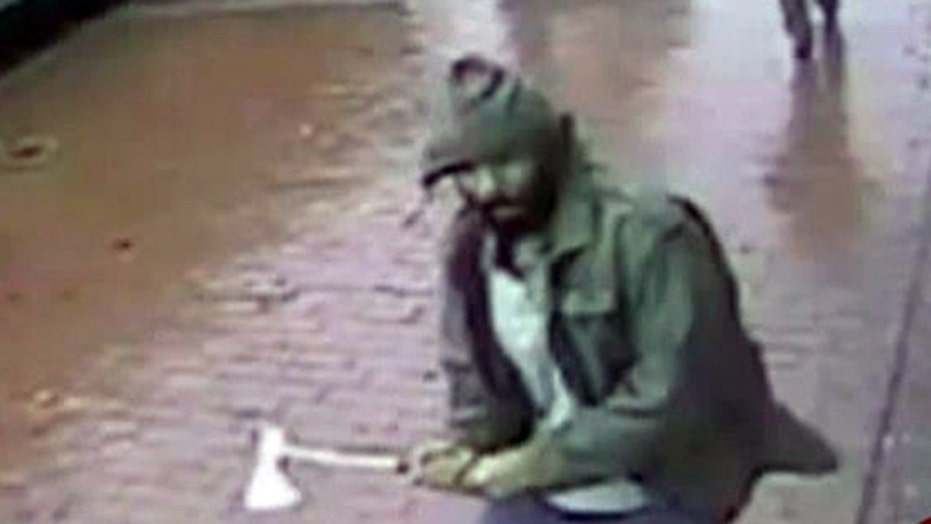 Bratton said Friday the suspect, Zale Thompson, was a Muslim convert who ranted online against America, but had no clear ties to international terrorism. He believes Thompson was self-radicalized.

Thompson was killed by police. One officer is hospitalized with a head wound.

Bratton says investigators are trying to determine whether the attack was planned.

Police are examining Thompson's computer for clues. Bratton says investigators found that Thompson browsed for organized terror groups, as well as beheadings and the shooting in Canada earlier this week.

Authorities also are trying to determine if Thompson had any history of mental illness. But Bratton says he is comfortable calling it a "terrorist attack."