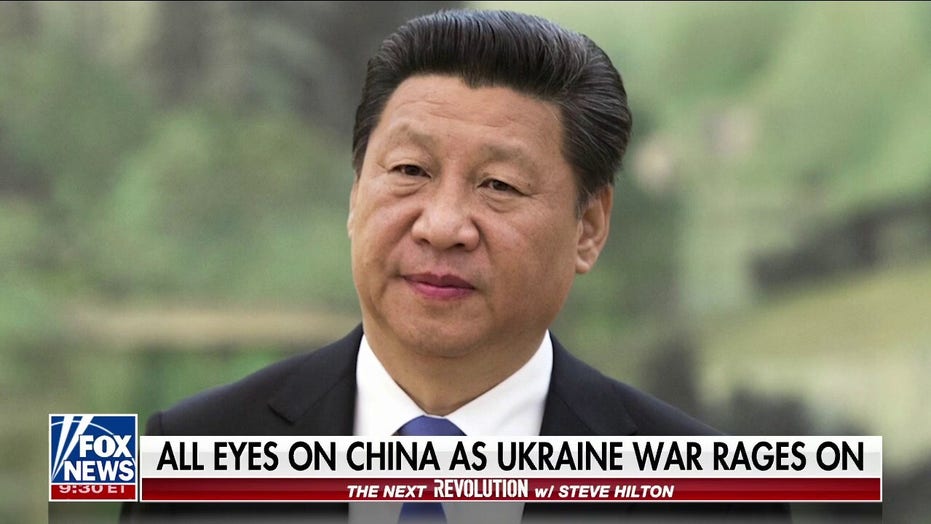 Here's how you can counter China's abuses

'America Second' author Isaac Stone Fish weighs in on U.S. corporations operating in China, as the nation is accused of war crimes, on 'The Next Revolution.'

Former Ambassador to the United Nations Nikki Haley has signed onto a letter demanding universities cut financial ties with China.

The letter, drafted by the Athenai Institute, requests university officials push their schools to divest entirely from their Chinese financial ties in protest of Chinese human rights abuses and international security threats. Haley's signature is among the most prominent attached to the Athenai Letter.

"American universities must ensure they’re not sending a single dollar to fund genocide," Haley told Fox News Digital. "Communist China is imprisoning millions of Uyghurs, forcing them to work and subjecting them to rape, sterilization and torture."

CHINA TELLS US TAIWAN IS PART OF CHINA IN FIRST CALL WITH SECRETARY AUSTIN: REPORT

"And on top of that, they’re eyeing Taiwan, gave the world COVID, and are partners with Russia. The free world promised 'never again,' now it’s time to put our money where our mouth is," Haley continued.

The Chinese institutions entered into agreements ranging from $105,000 to $31 million with more than two dozen universities, a search of the College Foreign Gift and Contract Report database shows.

The federal records, however, contain minimal details on the arrangements, such as the private Chinese entities involved and the specifics of the contracts.

A Chinese government official who previously claimed the Communist Party of China is a "great party" and said reports of human rights violations in China were "lies," gave a speech this month at Harvard University.

Huang's visit to Harvard followed a report from Fox News Digital about China securing $120 million in contracts with U.S. universities in 2021. The report cited a Wall Street Journal article from 2020 about the Department of Education investigating Harvard and Yale as part of an ongoing review that has discovered U.S. universities failed to report at least $6.5 billion in foreign funding from countries like China and Saudi Arabia.