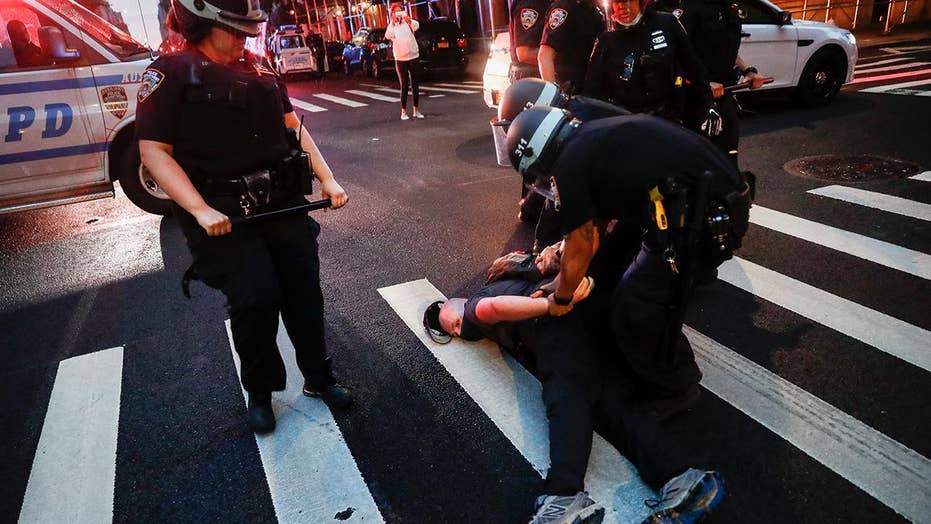 A California sheriff's deputy was shot in the head early Wednesday in what investigators described as an "ambush" attack on the police station.

The shooter, who remained at large, opened fire around 3:45 a.m. on a police station in Paso Robles. The deputy was struck while responding to the shooting and his partner dragged him to safety and returned fire, San Luis Obispo County Ian Parkinson said.

The bullet remained lodged in the deputy's head and he's in serious condition, Parkinson said.

"We feel that this was an ambush, that he planned it, that he intended for officers to come out of the police department and to assault them," he said.

Investigators said another man was found shot to death near railroad tracks a few blocks from the police station and the homicide was related to the other shooting.

An hours-long search of downtown Paso Robles ended without an arrest.

The shooter, a man in his 20s or 30s, fired at the Paso Robles Police Department while officers were inside, Cipolla said, and the gunfire occurred over a span of some minutes.

Paso Robles is a small city along California's central coast, about 175 miles northwest of Los Angeles.

ANDREW MCCARTHY: PROGRESSIVE POLICING – DO WE REALLY WANT WASHINGTON IN CHARGE OF ALL COPS?

The shooting came in the wake of nationwide protests against police brutality sparked by the death of George Floyd in Minneapolis police custody late last month.

Arizona Rep. Paul Goas blamed Wednesday morning’s shooting on some of the more incendiary rhetoric stemming from the protests.

“What did you expect to happen after violent leftist rioters carried signs claiming ‘the only good cop is a dead cop’???” Gosar tweeted when sharing an Associated Press article about the Paso Robles shooting.

The shooting also follows other attacks on law enforcement in recent weeks. On Saturday, Santa Cruz County Sheriff's Sgt. Damon Gutzwiller, 38, was killed and another deputy was in an attack allegedly carried out by an Air Force sergeant armed with homemade bombs, an AR-15 and other weapons.