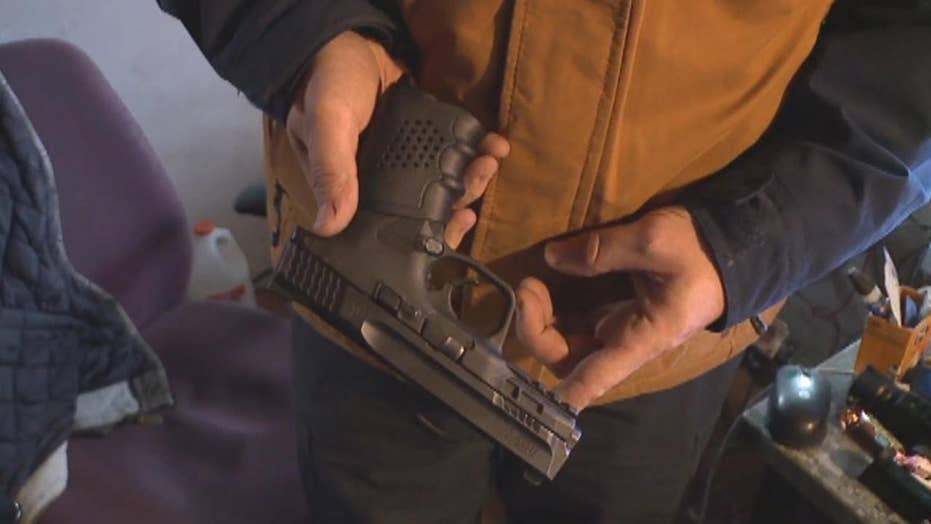 At the sound of a woman's "blood-curdling screams," a Missouri gun owner sprang into action Saturday -- and now Benjamin Seadorf is reportedly being credited with helping to save the woman from a vicious attack.

Seadorf told FOX4 he was at his Kansas City home with his four children when he suddenly heard "blood-curdling screams" coming from the direction of a nearby intersection.

“She definitely was in fear of her life,” he told FOX4. “She was screaming at the top of her lungs, profusely bawling. She just kept screaming, ‘Help me! Help! Somebody, please help me!’ over and over again."

Seadorf grabbed his 9-millimeter handgun and headed towards the screams. When he reached the source, he encountered Alarick Williams allegedly attacking a woman, who had some of her clothes ripped off, inside a car. The fight was occurring in front of the couple's three children, who were also in the vehicle.

Benjamin Seadorf said that if he didn't intervene, he felt that "something worse" would have happened.

“I was completely in shock that he started beating on her and forcing her in the car,” Seadorf told FOX4. “As I get close to the vehicle, I noticed her top's ripped off. She has no shirt on, her bra is halfway off."

Williams, 33, is accused of violently grabbing the victim, forcefully shoving her back into the car and strangling her until she lost consciousness, according to Kansas City Police. The violent attack began after the woman wanted to drop Williams off at her cousin's house, which ignited an argument, police said in a report.

Seaford approached the car with his gun pointed at Williams, and told him to get out of the vehicle and on to the ground. Kansas City Police soon arrived and arrested Williams. Seaford told FOX4 that officers thanked him for stopping the attack.

“I really feel that if she had left here, something worse would’ve happened, and not one single person in that intersection tried to help,” he said.

Williams is facing two counts of domestic assault and is being held at the Jackson County Detention Center, according to jail records.