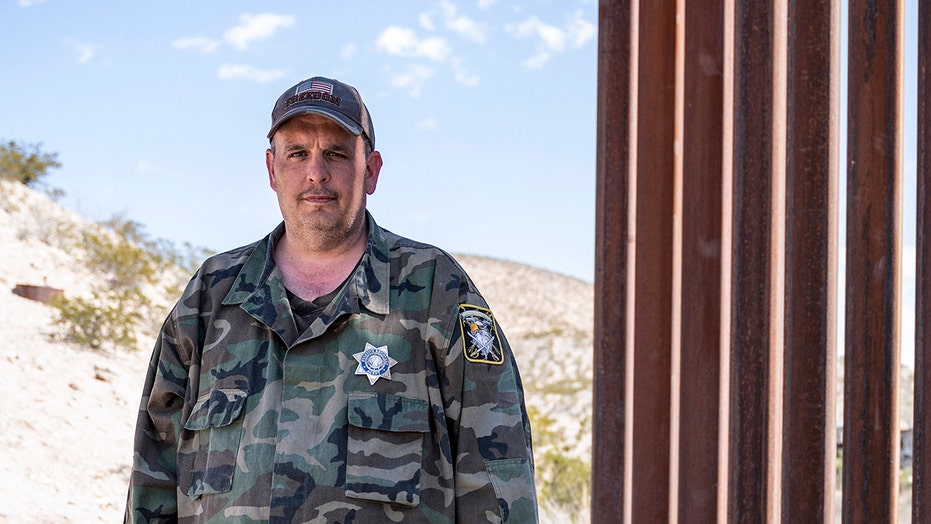 A Minnesota man who serves as a spokesperson for an armed militia group that patrols the U.S.-Mexico border was indicted on Wednesday for allegedly impersonating a U.S. official.

Benvie was charged with two counts of false impersonation of a U.S. officer or employee and appeared in federal court on Friday after he was arrested by the FBI in Guthrie, a city roughly 90 miles west of Tulsa.

Jim Benvie, 44, was charged with two counts of false impersonation of a U.S. officer or employee, federal prosecutors said. (Getty)

While federal prosecutors haven't provided details on the allegations — including what kind of officer or employee Benvie is accused of impersonating — prosecutors say Benvie's alleged crimes were committed in Dona Ana County, New Mexico, on April 15 and April 17. The county is along the U.S-Mexico border.

On both of those days in April, Benvie posted Facebook live videos of encounters with people crossing the border, according to The Associated Press.

Armed civilian groups have been an intermittent presence on the border for years, portraying themselves as auxiliaries to the Border Patrol and operating in areas where agents are not stationed. As the videos show, U.S. authorities keep them at arm's length while also responding to reports of people entering the country illegally.

Other videos Benvie posted include one in March under the heading “Detained a man with a baby!” As an agent arrived, Benvie said, “The border is overrun. We’re being invaded.”

He previously told The New York Times that the group’s objective is to monitor the border until President Trump fulfills his campaign promise of a border wall or until Congress enacts stronger legislation to make it more difficult for migrants to request asylum.

Following his court appearance in Oklahoma on Friday, prosecutors said Benvie would remain jailed until a detention hearing set for Tuesday, also in Oklahoma. Prosecutors said he’ll be transported to New Mexico for prosecution. He faces up to three years in prison if convicted.

In Oklahoma, Benvie was charged with possession of a stolen vehicle and attempting to obtain money by false pretenses. The leader of the United Constitutional Patriots, Larry Hopkins, was arrested in April on federal weapons charges.

Around the time of Hopkins' arrest, U.S. Customs and Border Protection said on Twitter the agency "does not endorse or condone private groups or organizations that take enforcement matters into their own hands. Interference by civilians in law enforcement matters could have public safety and legal consequences for all parties involved."