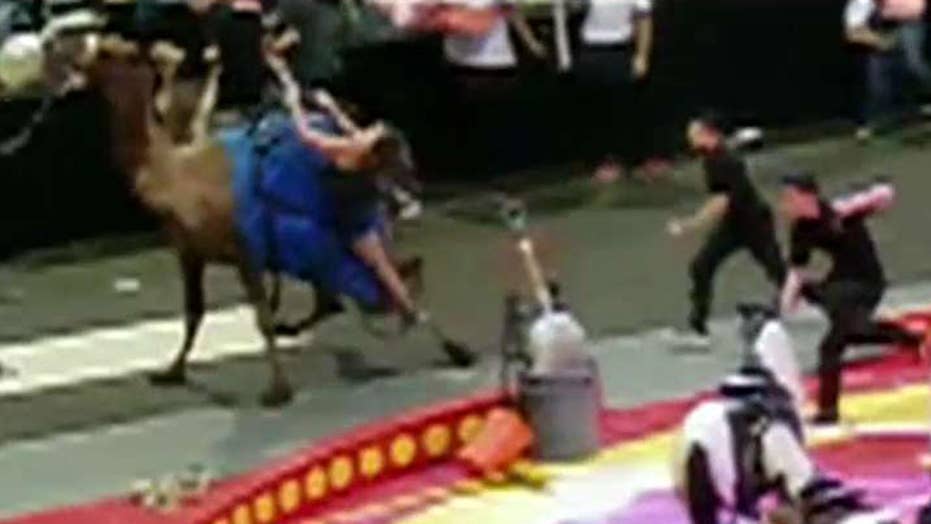 Circus camel bucks child off its back

Six children and one adult injured after camel goes wild in Pittsburgh.

Seven people, most of them children, were injured when a startled camel started bucking during a Pittsburgh circus.

The Pittsburgh Post-Gazette reports that two children and an adult were riding the camel during an intermission Sunday at the Shrine Circus at PPG Paints Arena when it became startled.

“They were giving camel rides and camels were walking around calmly. And then a kid threw a shovel at the camel’s feet, which startled the camel and it started to buck,” one witness told CBS Pittsburgh.

The newspaper says one child's arm was broken, which appeared to be the most serious injury.

The child was taken to a hospital along with five other children and one adult.

The incident happened around 3:30 p.m. as people were buying rides on tethered camels, ponies or elephants led by handlers. Public safety and circus officials did not immediately know what startled the camel.

It was brought under control within 11 seconds and the circus resumed, the report said.

“Ladies and gentlemen, remain calm please. Please remain calm. No unnecessary movement. Slowly leave the arena floor if you feel safer. We are looking for a medic, an EMT,” an announcer could be heard saying in a Facebook video, according to the report.

The circus was on its third and final day.