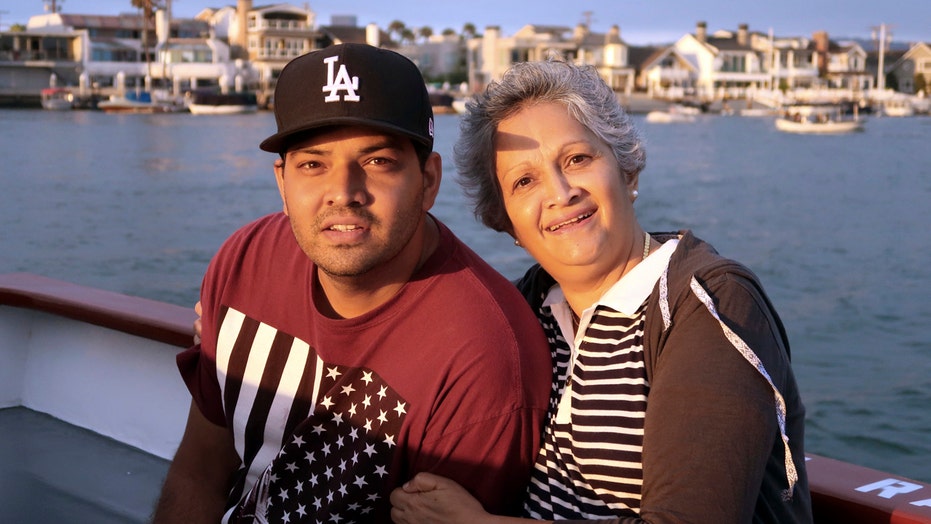 A federal grand jury on Wednesday declined to bring charges against an off-duty police officer who fatally shot a mentally ill man at a Costco warehouse in Southern California in June.

LAPD Officer Salvador Sanchez said he believed he had been shot when he was struck in the head while holding his toddler son in his arms as he and his wife stood in a line for food samples at Costco on June 14.

Police say 32-year-old Kenneth French was unprovoked when he struck Sanchez in the head, but French's parents told authorities their son suffers from schizophrenia. He had been taken off his medication due to other health complications, which may have caused him to lash out, said Dale Galipo, the French family attorney.

Kenneth French and his mother, Paola French, in an undated photograph.  ((Louana D'Cunha via AP, File))

Sanchez, a seven-year veteran of the LAPD, fired 10 rounds at French. He struck French four times in the back and shoulder, his mother once in the stomach, and his father once in the back, Corona Police Chief George Johnstone said.

Sanchez's lawyers say it was self-defense.

"I believe that he believed at that moment that he was shot,"  Riverside County District Attorney Michael Hestrin said in a news conference Wednesday upon making the announcement that there would be no charges.

"He told witnesses around very quickly after that he was shot and he was reaching back numerous times looking for blood on the back of his head. So that's the evidence. That's the evidence that the grand jury heard. And that's from numerous witnesses around the incident. Yes. The officer, after being struck, thought he had been shot and believed there was an active shooter in front of him."

The grand jury was presented with a poor-quality clip of surveillance video and testimony from several witnesses, some of whom had been subpoenaed.

"All the evidence was presented to the grand jury. So ask yourself this question. If we can't get 12 jurors to charge a case at a probable cause standard, how are we gonna get it beyond a reasonable doubt?" Hestrin said.

Galipo said he was "disappointed but not surprised" by the lack of charges and alluded to the preferential treatment given to a police officer.

The French family filed a claim against Sanchez and the LAPD, and their lawyer says they have plans to file a federal lawsuit next month.

The LAPD is also conducting an administrative inquiry into whether Sanchez followed the department's policies.