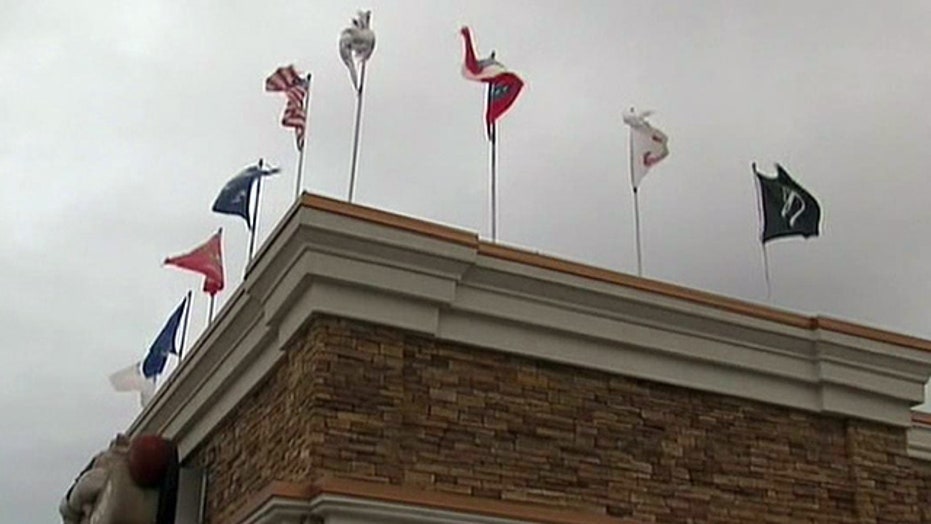 A Georgia restaurant owner has been ordered to remove the patriotic flags flying above his eatery, Fox 5 Atlanta reported.

Darren Miller, owner of CJ’s Hot Dogs in McDonough, was cited on Friday by a code enforcement officer for flying flags above his restaurant that honor the military.

The restaurant, Fox 5 reports, is dedicated to police officers, firefighters and those serving in the military and Miller says it’s his right to pay tribute to each group -- both inside and outside his restaurant.

Three months ago, Miller put up the American flag, the Georgia state flag and banners for every branch of the military.

On Friday, he was told they have to come down.

"I'm just floored," said Miller. "And I called the guy and asked what they're for. And he said I'm in violation with my flags flying above my restaurant."

City Administrator Frederick Gardiner reportedly was unaware that CJ’s was cited and later told Miller that he’s asking for the citation to be voided. Gardiner says the ordinance classifying flags as signs is too vague and should be rewritten.