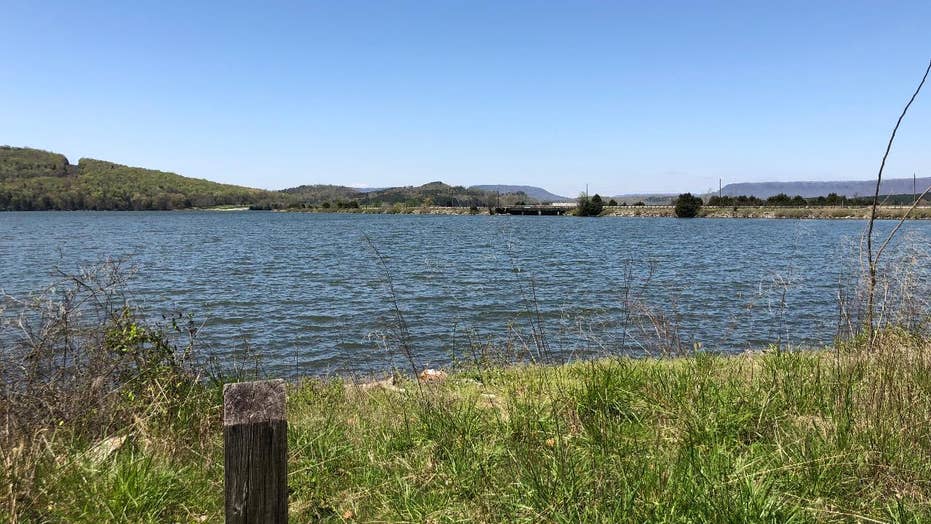 Georgia looks to lap up a portion of the Tennessee River in its latest push to shift borders.

SOUTH PITTSBURG, Tenn. – Georgia lawmakers have reignited a 200-year-old dispute over the Peach State's northern border, in a move that could incur the wrath of two neighbors and change the mailing addresses of thousands of people.

Gov. Nathan Deal is now considering a resolution which would form a six-person committee to reopen discussions with Tennessee and North Carolina about what Georgia believes was a critical surveying error.

According to North Carolina’s and Tennessee’s constitutions, their southern borders - Georgia’s northern one - should align with the 35th parallel. But a faulty piece of equipment and tight deadline for completion back in 1818 resulted in the border being drawn about a mile south.

The surveyors used a marine sexton, a tool meant for the ocean and which heavily relies on a horizon, according to Bart Crattie, secretary of the Surveyors Historical Society.

“[It] gets you close at best,” Crattie told Fox News. “It’s not for precise work. It’s amazing they got it that close with the equipment they had.”

But that one-mile mistake was a costly one for the Peach State. Georgia missed snagging a piece of the Tennessee River by 200 feet, depriving the state of a critical source of water.

Atlanta is left largely dependent on Lake Lanier for water, according to Georgia State Rep. Marc Morris. He recalled a time just 10 years ago when the lake's level plunged 20 feet, threatening to deprive agriculture-rich Georgia and its biggest city of the vital resource.

“As metro Atlanta [grows], as Georgia grows, as the South grows, we have a greater dependency on water,” Morris said. “We have what is estimated in the next 10 years another million people that will come to this region, and we’re still using the same source of water.”

Some 1.6 billion gallons of water flow out of tributaries in north Georgia and into the Tennessee River every day, Morris said.

“This is no different than allowing someone to come over and stick their hand in our cash register and pull money out,” Morris said. “This is a resource.

“As property of the state of Georgia, we need to recoup that and solve that problem,” he told Fox News.

The push to redraw the border comes up every few decades. Former Chattanooga, Tenn., Mayor Ron Littlefield told Fox News the Volunteer State has always maintained a friendly relationship with its southern neighbor, but said this simmering feud is silly and “political amusement.”

“It seems to come up whenever someone in the Georgia legislature wants attention,” Littlefield told Fox News.

He recalled in 2008 when he sarcastically sent a truckload of bottled water to the Peach State’s Capitol and declared Feb. 27, 2008 as “Give Our Georgia Friends a Drink Day.”

Even if Tennessee shared more than its bottled water, Littlefield said, a pipeline from its river to Georgia is a complicated solution. Chattanooga is at a lower elevation, so Georgia would have to pump the water uphill.

Tennessee State Sen. Todd Gardenhire said he would be open to revisiting the issue, but doubted Georgia would get what it’s looking for.

“Atlanta should’ve thought about their growth plan years ago and they haven’t,” Gardenhire said. “This is part of their not planning properly.”

When asked why this go-around would produce a different result than previous attempts to change the border, Morris replied, “When no one is talking, nothing is going to happen.”

States can change their borders in one of two ways, according to Randy Beck, a constitutional law professor at the University of Georgia School of Law.

If states come to an agreement, their movement for change heads to Congress for ratification. The other option is through the nation’s highest court. Beck said a lawsuit could be filed with the U.S. Supreme Court, which would typically hire a special master to help rule on the issue.

“I don’t want to be in a situation where the courts one day say, ‘Okay you have to do this and you can’t do that,’” Morris said.

But many north of the 35th parallel are unconvinced the issue will ever get to this point.

“I’m doubtful that any state line will be moved, that any territory will change hands,” Crattie said. “It’s just not done. If someone acquiesces to a state line for a number of years, the line doesn’t change.”

A complete border change would also be a logistics nightmare for the thousands who fall in that one-mile strip of disputed territory.

Drivers’ licenses, home and business addresses, polling places tax filing and more would all have to be changed.

Glen Meadows owns Wally’s Restaurant in East Ridge, Tenn., within a stone’s throw of the Georgia-Tennessee border. If the border were corrected to the 35th parallel, Georgia would engulf the majority of East Ridge with a population of 21,000.

Morris said he isn’t attached to moving the entire Georgia border to the 35th parallel, just the section near the Volunteer State’s river.

“If we could come to agreement without disturbing people and yet deal with this resource, I think that would be an ideal solution,” Morris said.